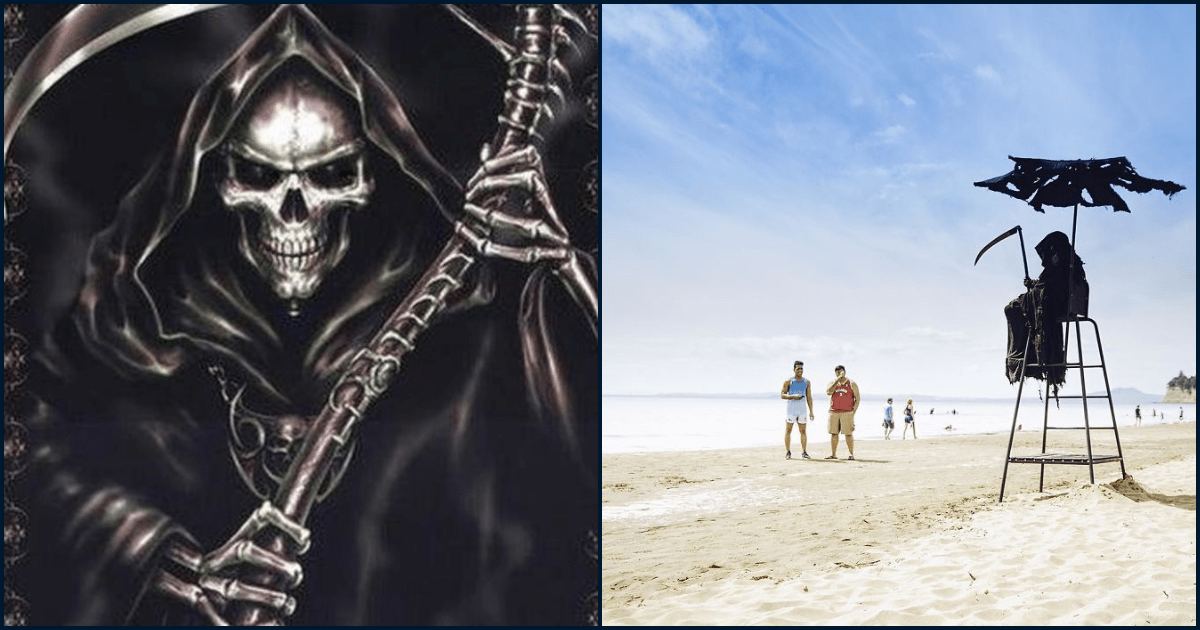 Beaches in the United States have surprisingly been re-opening during the international lockdown, and now, in attempts to promote social-distancing, a man has been visiting the re-opened state beaches dressed as the Grim Reaper.

Daniel Uhlfelder, the man behind the Grim Reaper costume, is a Lawyer and Stanford & UF Law graduate from Florida.

Despite his actions being rather unorthodox, his reasoning behind this extremely bizarre but entertaining idea is one of purity, as the husband and father discouraged the premature opening of beaches.

People have been getting behind his protest and have urged the aspiring comedian to visit more beaches around the state in hopes of educating local residents.

As you can see above, the Tweet which is quickly gaining the “viral” status has been liked by over 60,000 Twitter users, while a further 21,000 have retweeted.

Uhlfelder has been promoting his beach tour on social media and using the money raised to aid the Democrats in running for Congress.

Although it may be tough having life as we know it completely change as it has, self-isolating and social-distancing during this time is incredibly important.

Since the outbreak, there have been over 140,000 reported casualties over the pandemic, and if people don’t start taking the lockdown seriously, we fear there may be a lot more men, women, and children added to that death toll.

This world needs more people like Daniel Uhlfelder. Intelligent enough to understand the crisis the world is going through but also brave enough to step up and do something about it.

Alongside the obvious benefits of staying home until we begin making process towards a safer life, how beautiful has it been seeing animals have the freedom they have been, just like the wildlife of Yosemite National Park.

Are you supporting Daniel Uhlfelder’s plan? Let us know your thoughts in the comments.