Freaked DISCOVER THE ART OF PUBLISHING
Home Horror News There Is An Edgar Allan Poe Museum, And It’s Great For All Things Goth 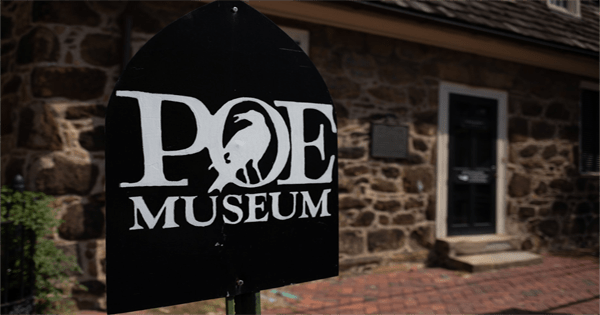 When it comes to the mysterious and the macabre, Edgar Allan Poe is amongst the first few names that come to every horror fan’s mind, and for good reason. There are many that see Poe as being a forefather of the horror genre and his works are coveted around the world.

But now you can visit a museum entirely dedicated to the man who was the inspiration for many, including H.P Lovecraft himself as well as Alfred Hitchcock, who once said “It’s because I liked Edgar Allan Poe’s stories so much that I began to make suspense films”.

Based in Richmond, Virginia where Poe spent a good portion of his life, the Edgar Allan Poe museum has a lot to offer.

The museum which began its life in 1906 when it was established as the Poe Memorial Association. The association had an extremely turbulent start however with multiple failures to gather public support and even a demolishment.

It wasn’t until 1922 that a statue was erected in honour of the author by a dedicated few and the shrine gained huge popularity which sparked a burst of support and expansion.

Since then the museum has grown to become the world’s largest Edgar Allan Poe collection and educates and inspires thousands every year.

The Poe museum showcases the entire life and career of the writer, and offers regular guided tours throughout the grounds and hosts a couple of in-house cats, you can even have a wedding there!

You can see original illustrations that accompanied the world famous ‘The Raven’ as well as many other unique and interesting artifacts and tomes which were part of Poe’s life.

So if you’re around Richmond, don’t forget to pop in to the Poe museum, which is described by visitors as “A must visit for Poe and macabre story fans.”