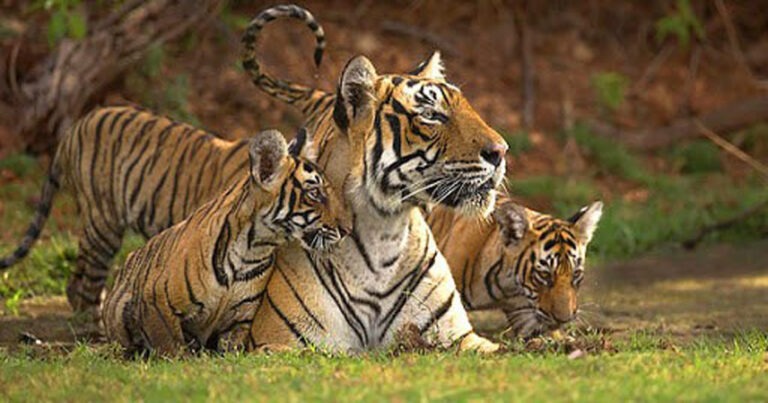 It was only a decade ago that the World Wildlife Foundation began a TX2 initiative, which aims to double the tiger population in several countries. The move came as the animals were bordering on extinct, with populations greatly diminished in India and Nepal, among others. Despite being a relatively short space of time, it looks as though the initiative is seeing success.

According to the WWF, the predator population is booming in Russia, India, China, Nepal, and Bhutan. When TX2 was announced, there were an estimated 3,200 of the animals left in the wild. Of this, India made up a staggering portion of the total. Since the project began, the WWF reports that the country now has 3,350 tigers, which accounts for 75% of the global population.

Similar rises have been seen in Nepal and Bhutan, both of which have doubled their populations. Other countries have seen an increase of between 10% and 15% over the past few years. However, the wildlife charity notes that the animals are still under threat. Perhaps the largest of these is poaching.

This is typically for the illegal animal trade, in which tigers are quite popular. Alongside this, the WWF notes that many of the animal’s habitats are being broken up and destroyed. However, efforts are being made to curb this, with the goal to bring poaching and habitat destruction to an end.

China, for instance, has its Jilin Wangqing Nature Reserve. It’s here that the country has seen most of its growth in the predator’s population. For example, employees at the reserve captured footage of a tigress with several cubs, highlighting that the population was breeding again.

There are also efforts to restore and conserve many of the habitats that tigers are known to inhabit. As it stands, there are 3,900 of the animals left in the wild.

You can also help the WWF by adopting a tiger at their website.