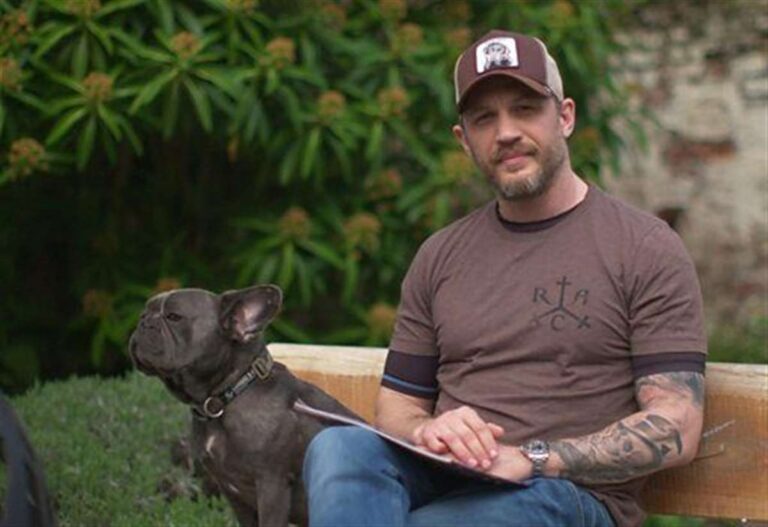 With all of the stress of the current times and the isolation that comes with it getting to a lot of the world’s population, we can think of nothing better to destress and fall asleep to than the sound of Tom Hardy reading us a bedtime story. And the BBC has promised to deliver it to us across a whole week!

According to a BBC report, starting on Monday 27th April and continuing till at least Friday 1st May the Bane of Batman himself will be taking to the airwaves to read one story a night, with his sixth story to be confirmed at a later date.

Hardy, who will be accompanied by his faithful canine companion named Blue will kick off the storytime extravaganza with a story called ‘Hug Me’ by Simona Ciraolo who is a Sardinian author and illustrator who has previously been awarded the Sebastian Walker Award for her works.

Hug Me is a tale about a young cactus named Felipe who above all else just wants a hug, but belonging to a family of cacti who for obvious reasons aren’t really into the touchy-feely stuff, Felipe must instead venture out in search of his much-anticipated cuddle.

Other stories on the schedule include;

The original broadcast of Tom Hardy reading bedtime stories which were shown back in 2016 had garnered over one million requests on BBC Iplayer by the end of last year and took the world by storm, so it only goes to reason that Hardy would step in once more to save the day.

“It goes without saying how thrilled we are to have Tom reading more stories for us,” Says Cheryl Taylor, Head of Content for BBC Children’s “It’s during challenging times like this that the BBC serves its purpose to entertain the whole of the UK and these new stories are guaranteed to do just that”.