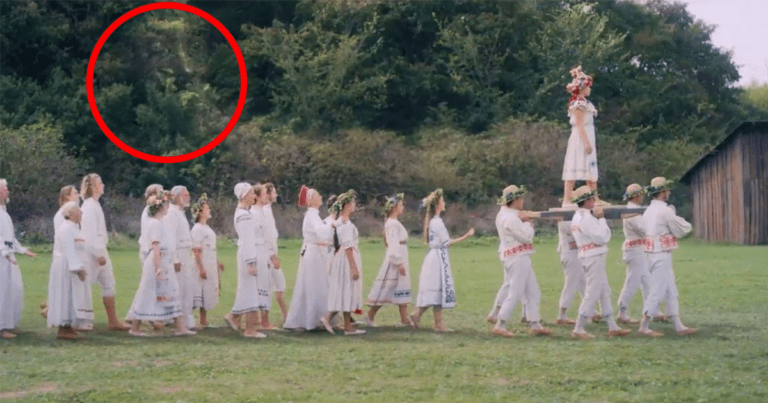 2019s Midsommar is a movie where something new is experienced with each viewing, and whether you’re a first-time watcher or you’ve seen it countless times, there are always little details you miss.

Now, thanks to a YouTube channel called Heavy Spoilers, we finally get to see every creepy little detail you may have missed while watching Ari Aster’s horror-mystery.

Subtle details are placed throughout the movie and some even indicating what’s going to happen next. Midsommar is definitely a must-watch for mystery fanatics.

The 10-minute video delves deep into the hidden mysteries viewers could have missed during their initial viewing, some of the easter eggs being the creepiest ever placed in a movie.

The increasingly terrifying detailed video can be found below, but beware, Heavy Spoilers’ YouTube channel is, of course, riddled with spoilers.

Midsommar follows a couple who travel to Sweden to visit a rural town’s famous mid-summer festival. Although it seems to be an extremely happy and quite peaceful place, the violence and insane competition that awaits them quickly changes that.

Midsommar serves as Ari Aster’s latest venture into film after his work on 2018s Hereditary which sees a grieving family become victims of haunting, and 2013s Munchausen which follows a mother, unable to handle the heartbreak of her son leaving for college, later makes him sick but unintentionally goes too far.

Florence Pugh (as Dani), Jack Reynor (as Christian), Vilhelm Blomgren (as Pelle), William Jackson Harper (as Josh), Ellora Torchia (as Connie), Will Poulter (as Mark), Archie Madekwe (as Simon), and Gunnel Fred (as Siv), among many others, were cast in Midsommar.

The movie has earned itself 25 awards since its release last year.

Did you spot the creepy hidden details prior to watching the video? Let us know your thoughts in the comments.