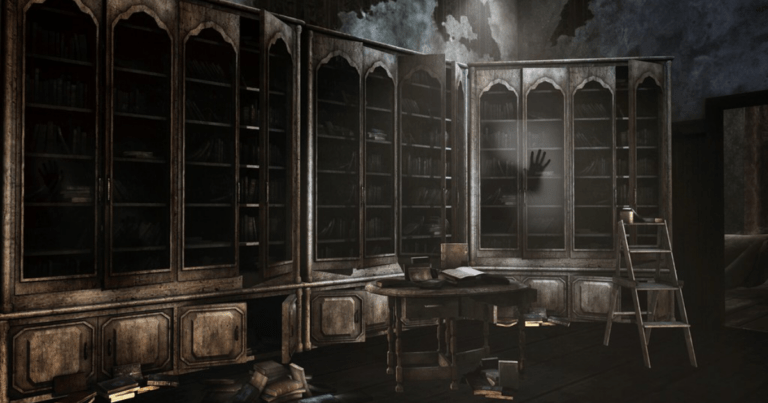 It’s rare that libraries are not perceived as a place of tranquility that helps people get away from the real world and escape into a book of their choice, but for some libraries, this is not the case.

Some are the stomping ground for horror and we’re going to share a list of insanely creepy things that have been found in libraries, ranging from human bones to books bound by human flesh.

This list will either make you think twice before visiting your local library or make you want to explore it even more.

8 – Bed Bugs
Yes, they’re called bed bugs for a reason but librarians of the University of Washington found the little critters on their books back in 2012. They eventually killed the bed bugs by freezing their books for weeks on end.

7 – Heroin and Crack Pipes
One time, a librarian found a bag of heroin placed inside a children’s book, while another librarian remembered the time they found a syringe and crack pipe hidden in the vertical files.

6 – Baby Teeth
Baby teeth had once been found in library books according to the New York Times. A librarian in middle-school found the teeth of an infant next to a keyboard during one of her many shifts.

5 – Dead Fish
A student was the unfortunate one to discover the body of a dead fish after opening her school library’s book drop one morning. She also later found a tape titled “Huge Bras Vol. III”. Amazingly, the owner returned declaring they had placed it in the dropbox accidentally.

4 – Human Bones
While the library of the University of Utah was under renovation, the construction team discovered human bones. Police were informed but stated the bones were unlikely to have been put there recently. The library was built in 1936, were they placed there prior to its creation?

3 – Books Bound By Human Flesh
Despite the fact flesh was a quite common leather used for binding during the 1600s, librarians at Harvard were shocked when they found a strange leather which turned out to be real human flesh on three of their books.

2 – The Unmarked Graves
During construction at the Minnesota St. Cloud State University Library, workers stumbled upon the unmarked graves of both child and adult remains. Unsure of who the bones belonged to, they were later used as study tools by the university.

1 – “Sally Brown”
Some libraries, just like many other old buildings, are said to be haunted. But the Memorial Library at the University of Wisconsin has become famous for the paranormal activity that surrounds it. This all started when a staff member overheard a soft, creepy whisper during her shift that seemed to mutter the name “Sally Brown”. Multiple ghosts have reportedly been spotted in the library by numerous other witnesses.

If you are interested in seeing more or want to research the uneasy sightings for yourself, visit HERE!