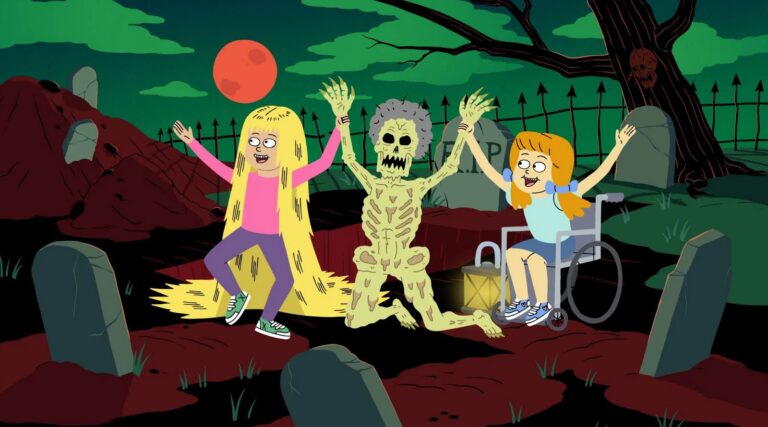 Adult Swim is having a go at recreating some of the tales of the Brothers Grimm in a seemingly twisted and outlandish fashion. JJ Villard’s Fairy Tales will air May 10th at 12.15 am and will adapt characters from classic tales such as Little Red Riding Hood, Rapunzel, Cinderella and Snow White.

Just from looking at the trailer which you can check out below, it’s very clear that things are about to get weird and gory. The tagline of the newly released video reads “The charm and cuteness of the original stories remain, but now they’ve been updated and packaged into a ball of raw, visceral, gross weirdness.”.

The show will apparently be split into 15-minute episodes, created and produced by JJ Villard and Cartoon Network Studios.

But that’s not all! Just one look at the cast list for the upcoming series had us blown away. JJ Villard’s Fairy Tales will include voices from household horror names like Elm Street’s Robert Englund and The Exorcist’s Linda Blair to Leprechaun‘s Warwick Davis The Lost Boys‘ Corey Feldman and Freaked favorite, the bride of Chucky herself Jennifer Tilly! On top of this Fairy Tales will also feature voice actor legend Alan Oppenheimer.

The cast list alone is enough for us to give it a watch, but with the backing and full support of Cartoon Network Studios and JJ Villard, Fairy Tales certainly shows a lot of promise for being a fresh dose of visceral entertainment.

For those who are unfamiliar with JJ Villard, he has previously directed Adult Swim’s King Star King for which he won a Primetime Emmy. He has also won other various awards for his other works, including the Boston Underground Film Festival’s ‘Best of the Fest’ award and the Ottawa International Animation Festival’s ‘Best First/Student Film’ for his animation Son Of Satan.

Give the trailer a watch and let us know what you think!