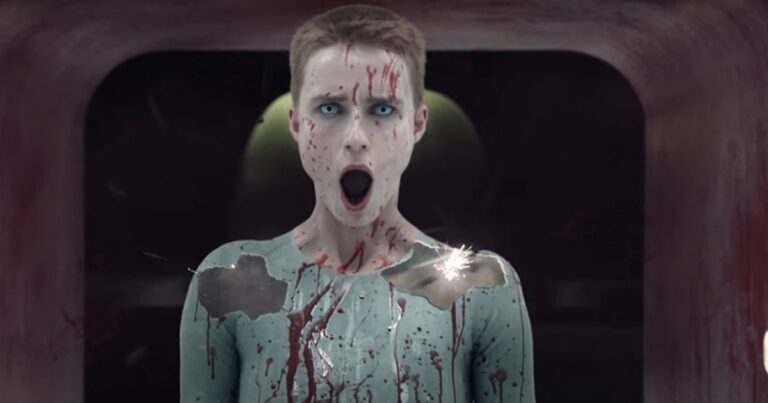 Raised by Wolves has been hotly anticipated ever since the Ridley Scott-produced series was announced. This was especially true given that it’s being produced for HBO Max, which typically aims to surpass expectations. Over the past few months, however, there has been little noise made about the series. The sci-fi show looks to change that with a new trailer, which you can see below. The move comes a few short weeks before the series is set to debut.

The show follows a group of people who have been raised by androids on what appears to be a strange planet. As the synopsis makes clear, though, very little is as it seems. It also notes that believing that religion could tear apart the colony, the androids look to prevent it from happening. As such, they look to control people’s beliefs.

The series will follow the group from childhood to adulthood. Once in their adult years, things begin to go a little sideways. The Raised by Wolves synopsis insinuates that there will be some form of rebellion against the androids. However, the new trailer and some other marketing materials make it seem as though there are a few twists in store.

The new trailer might give too much information away ahead of the show’s release. The main reason for this is that there’s quite a lot of plot points included, as well as nods to potential swerves during the season. Hopefully, that isn’t the case and the marketing team is throwing a swerve ball.

Raised by Wolves will debut on HBO Max on September 3.

I think you’d agree that it looks like we’re in for a treat.