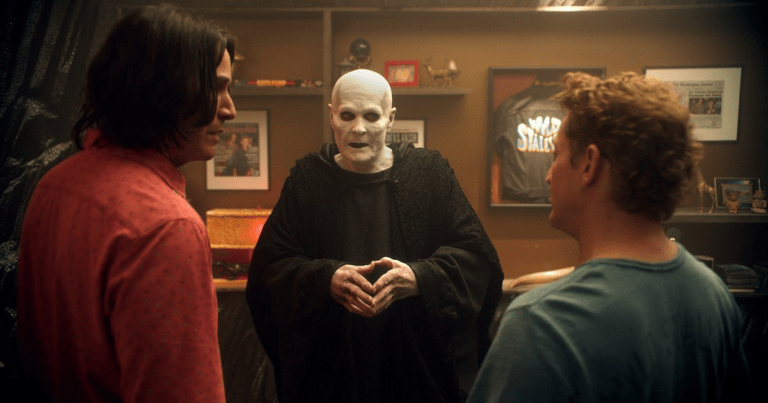 It has been almost 29 years since we’ve last seen Keanu Reeves and Alex Winter don their hippie outfits as the time-traveling duo, Bill and Ted. Looking back, one can feel amused at how the two actors have changed so much after 1991’s Bill & Ted’s Bogus Journey.

Of course, it’s a strangely different role for Reeves then: a stoned teenager who keeps ending up in bizarre scenarios. We all know how he would become the Internet’s favorite guy as the lead actor from John Wick, The Matrix series, and Speed. Not much has happened for Winter though acting-wise; he has directed a slew of films like the live-action Ben 10 movies, Kirby Buckets, and Marvin Marvin among many.

And now, they are back. Officially, this time.

Bill & Ted Face the Music is set three decades after the events of the last movie. The titular pair is still planning to write a song that will save the entire world. To achieve their goal, they must work with their respective daughters, artists and musicians, and even alternate versions of themselves.

If you’re hungry for more, Orion Pictures has also released the first poster for the film.

What are your thoughts on the trailer for Dean Parisot’s Bill & Ted Face the Music? Will you be first in line to watch the film when it comes out this August 21, 2020? Share your reactions in the comments section below.