Freaked DISCOVER THE ART OF PUBLISHING
Home Movies Bruce Campbell Is Working On A Bruce VS. Frankenstein Film 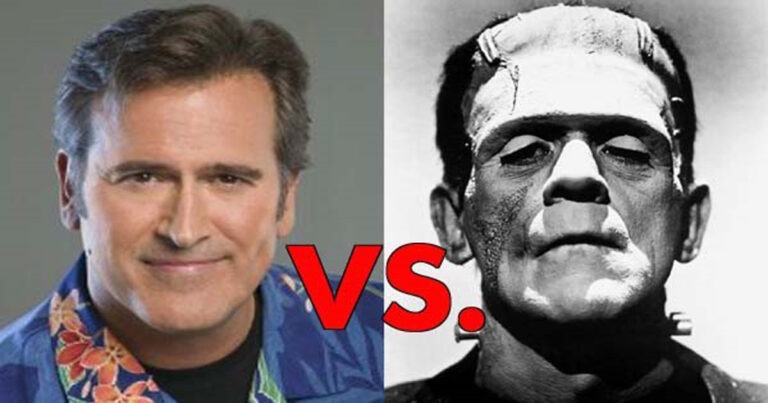 Bruce Campbell has been quite busy over the past few years. Alongside cameos in a range of films, he’s currently in the middle of a Q&A tour, where he also watches the Evil Dead movies with his fans. However, that doesn’t mean that he isn’t working on projects of his own. In contrast, he’s looking to get a Bruce Vs Frankenstein movie made.

The film has been thrown about as a possible movie for years, although it never gained much traction. Despite this, Campbell hasn’t given up hope for the movie. Based on a recent interview, it appears as though a plot has already been written. However, it looks like Campbell has put a pause on pitching it to production companies.

Instead, he wants to create Bruce Vs Frankenstein as a graphic novel first before he starts bringing it to studios. As Bruce Campbell puts it, the process is similar to creating a storyboard, which could be helpful when it comes to pitching. By doing so, he looks to highlight the style of the film itself.

In the interview with Diabolique magazine, Campbell notes that he could have a script written quite quickly. However, he highlights the difference with graphic novels, with there being additional steps to be made, calling it more of a “translation process.”

As such, fans wanting to see Bruce Campbell taking on Frankenstein in any format will have to wait quite some time. Despite this, the Evil Dead icon remains committed to seeing the project made. Whether or not this leads to a potential Bruce Vs Frankenstein movie remains up for debate.

The project is being developed alongside Mike Richardson, who has been involved in several Netflix projects. Should the graphic novel be successful, this could be where the film eventually ends up, should it ever get the green light.