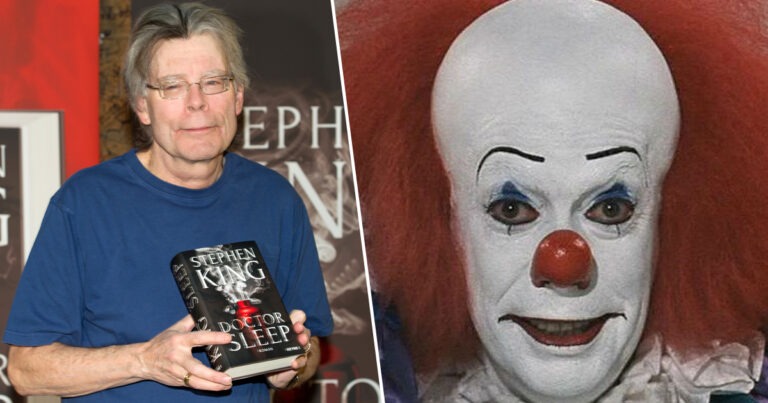 When you look at the impact that Stephen King has had on the horrorsphere and even literature in general it’s easy to see that he has earned his place in the top echelon of creators, and when it comes to his works It is arguably one of his most recognizable tales. Published in 1986 It was King’s 22nd book overall and received an incredibly mixed reception. Some critics claimed that it was “one of King’s most frustrating and perplexing books” and “by turns boring and shocking”.

Fast forward to the present day and the novel’s monster is seen as one of the popular culture’s most terrifying and recognizable figures, but there are still some facts that you may not know about the source materials.

According to various sources the gargantuan novel was developed by King over the span of four years and according to the author it was “the summation of everything I have learned and done in my whole life to this point.”. The story was based upon thoughts and notions that King had gathered from various sources and mediums. The timeline for writing It becomes even more surprising when you realize that King actually published four books total in the span between 1986 and 1987. Some sources also state that King Conceptualised the story of It as early as 1978.

2. The Inspiration Came From The Billy Goats Gruff

The Three Billy Goats Gruff (or in its original Norwegian De tre bukkene Bruse) is a world-renowned fairytale where three goats are accosted by a hideous troll as they try to cross a bridge into greener pastures. From here you can easily see the parallels between that troll and Pennywise as he stalks the sewers of Derry but King himself describes his inspirations for the novel further saying “I decided that the bridge could be some sort of symbol–a point of passing…I decided that the bridge could be the city, if there was something under it”.

3. The Setting Of Derry Is Based On King’s Time In Bangor, Maine.

To help in the writing process of It King and his wife moved to the town of Bangor, Maine. When it came down to the final selection process it was a choice between Bangor and Portland, but ultimately Bangor was chosen due to the fact that King saw it as a “hard-ass working-class town” and that Portland was “a kind of yuppie town”.

Bangor also had a murderous history surrounding its bridge which would also add to King’s inspiration for the novel’s story. During the town’s fair a man was thrown from the bridge and killed, and as King states “that’s what I want to write about”.

4. The Clown Form Of Pennywise Is So Prevalent Because King Believes That Is What Scared Children The Most.

When he was first thinking about the direction in which he wanted to take It King thought of including all of the monsters he could think of, but it wasn’t till later that he decided to focus on one “one binding, horrible, nasty, gross, creature kind of thing” then asking himself “What scares children more than anything else in the world?”. Of course the answer was clowns.

In an interview with Conan O’Brien King explains that even though circus clowns were seen as joyful and fun by the adults, those same clowns were seen as terrifying monsters to the children. King also goes on to describe his own insane encounter with a clown.

5. King Considers It To Be A “Final Exam On Horror”

In an interview with Time magazine King stated that when creating the book he thought to himself “Why don’t you write a final exam on horror” which became the basis for the novel as a whole. In his thoughts on how to accomplish such a task he said that he was “going to do it like a fairy tale. I’m going to make up a town where these things happen and everybody ignores them.”.

6. The Most Controversial Scene In The Book Has Never Been Reproduced in Any Of Its Adaptions

If you have read the novel you know exactly what scene we’re talking about. For the uninitiated who may not know, there is in fact an orgy-like s** scene featuring all of the Losers’ Club who are aged between 11 and 12. Meant to heavily symbolize the transition from childhood to adulthood, the scene attracted a lot of controversy upon release. King however states that he “wasn’t really thinking of the sexual aspect of it”.