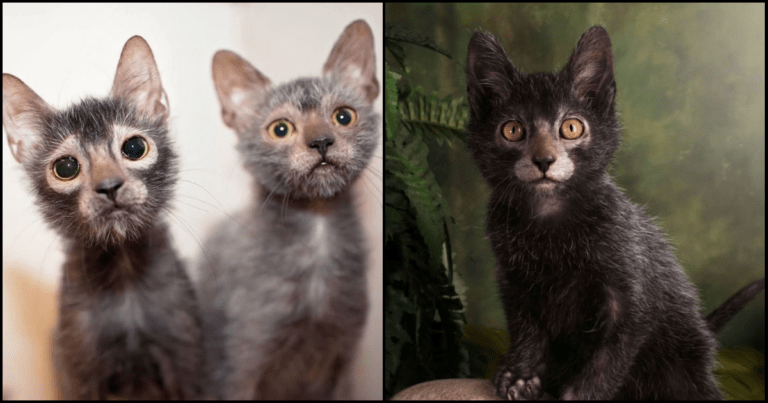 As if 2020 wasn’t already crazy enough, a whole new species of cat that greatly resemble werewolves could soon be on the rise, and if television has taught us anything, that’s the last thing we need.

Almost 10-years ago in 2011, Brittney and Johnny Gobble – two cat breeders – introduced the world to the first-ever kitten in their newly-created Lykoi breed line – a name deriving from the Greek word for werewolf, “lycanthrope”.

The Lykoi cat owes its uniquely beautiful look to a common genetic mutation found in the DNA of shorthair cats. It causes breaks in hair growth, ultimately giving the Lykoi a quite patchy coat.

Prior to the breeding program set in place by the couple, Johnny Gobble – a veterinarian – ran a series of tests on the cats in order to verify their safety.

He carried out numerous checks to make sure the soon-to-be bred cats were free from disease and ensured there were no skin or cardiac conditions plaguing the new breed.

After their examination, the cats were considered healthy and the medical specialists working on the tests confirmed that the hair pattern on the Lykoi’s was a natural mutation. As a result, the Gobble’s began their breeding program.

In 2015, the couple presented the Lykoi cat to TICA – The International Cat Association – Board where they received the designation of Advanced New Breed.

Since then, the Gobble’s success at creating a whole new breed of cat has encouraged them to expand their search as they hope to obtain cats with the mutation from all around the country.

Lykoikitten.com is the best place to read more about these extraordinary animals and their way of life. Melissa Ryan – the breeder responsible for this website – shares her thoughts on why she breeds the little unique creatures, and you can find it all in the link above.

What do you think of these adorable werewolf cats? Share your thoughts and opinions with us in the comments below.