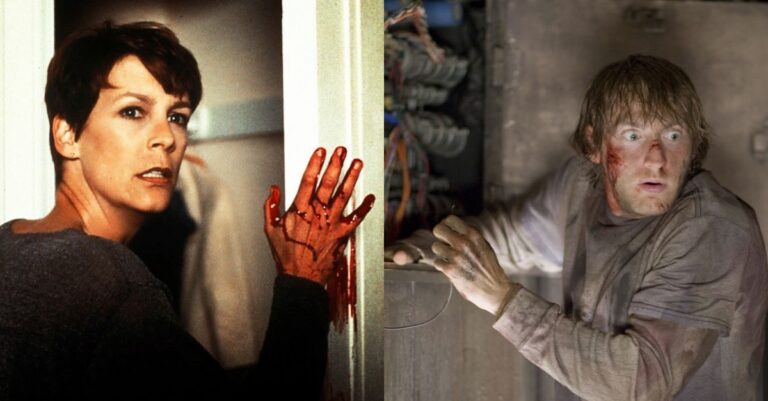 We are used to many types of ranking of who dies first in a horror movie, why not make one about how the order of murder in scary movies is according to the sign of the characters.

Gemini would be the first to disappear from the scene. Since this sign is characterized by being the life of the party and be quite excited, but in a horror movie this will not help them stay alive.

The second to die would be Aries, because they are too brave and adventurous and they will be those who want to investigate where the strange noise comes from, so they will die faster.

Those of the sign Leo love to be the center of attention, but in a horror film this is a great disadvantage, because that is where we should be as low profile as possible.

Actually aquariums are more likely to be the killer of the movie than to be the one killed, since they are very independent, which will help them to escape faster.

However, this independence can make them want to discover what is happening with that strange place that no one dares to go, so it is the one that causes them to be killed in 4th place, because they possess the same courage and trust the Aries or Leos.

Sagittarians are characterized by being happy people who break the basic rules: not drinking, not using drugs and not having s**, which in a horror movie could cost life, so They are ranked 5th.

Taurus is rather stubborn, so he most likely wants to defend his point of view as he does, which will make his insistence be the one that takes him into the hands of the killer.

Those of the Cancer sign are very emotional, so they will be the first to sit down and cry after the rest of the signs die, this will make the killer’s job much easier.

Like cancer, Pisces is very sensitive, and although he will not sit down to mourn the other deaths, he will seek to stay away, staying alone to process his pain and making the murderer more easily murdered.

We already started with the strong zodiac signs, Scorpios are evil and intelligent, so, yes, he will die, but not before making sure that the killer gets a good dose of his own medicine.

Libra tend to be very nice, so the strong signs will develop so much empathy for them that they will seek to protect it until the end of the film.

Also they follow instructions perfectly, so the combination of protection and follow will be the perfect key to survive until the last minutes.

We are coming to the place of those who are usually the protagonists who do not die. Virgo is a very organized and intelligent sign to travel unsafe roads.

However, with Virgo the problem is that his organization and methodology can take him to the scene of death without even being able to notice it, because he worried so much to escape that he neglected the steps that could have been giving the killer while doing it.

Capricorn is cold and astute, a truly perfect combination in any horror movie. These qualities lead them to make decisions based on calculations as to how they will affect their actions in everything around them, which will make them live to the end.