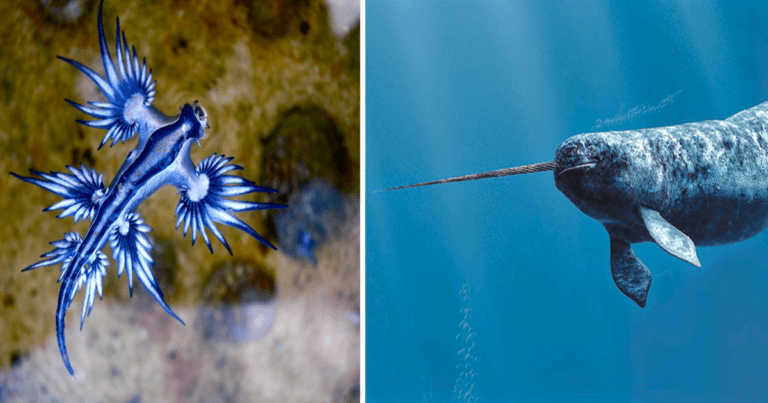 The world can be a strange place to live in. Embrace the weirdness of it all, you will be discovering the most unusual to the abstract discoveries your eyes will lay upon. Some can be dangerous and cruel, but there’s no denying its unexplainable wonders.

With over 8 million species reportedly existing on Earth, you will be surprised to learn that some of them are real, tangible, and can be seen in mysterious places if you’re brave enough. Here are some of the 10 most bizarre animal discoveries you would probably have a hard time believing.

Narwhals look likes a whale dressed as a unicorn because of the long spiraled tusk they carry on their head. People call them the “unicorn of the sea” but do not estimate the fluffiness of the name. Like how one would imagine what a unicorn warrior could be, Narwhals use their tusks as a weapon for fighting during mating season. These tusks have reported being harvested, presented, and sold to some markets as an authentic unicorn horn.

Chevrotains are a rare find. It’s last reported sighting in 2018 was a first in decades. They are referred to as the mouse deer because they look like a cross between a mouse and a deer. They never truly belong to either of the two animals despite the uncanny resemblance. They can weigh from 4 up to 33 pounds and are extremely shy due to their small size.

Stonefishes are the most venomous fish in the world. If you accidentally step on it, the poison from its dorsal fin spines can cause extreme pain, heart failure, and even death if left untreated. Its appearance can be deceiving as it hides from predators by imitating the look of stone.

This fish-lizard fusion is almost indestructible. Take away a piece of its leg, tail, and even a fragment of its heart, the body part grows back like its normal. Their regeneration powers have often been used in many scientific pieces of research, which is why its near extinction can be troubling. Axolotls have been labeled as critical due to pollution surrounding its only natural living habitat reported.

It’s easy to assume that the thorny devil is already a tough animal by its name alone. And it is one. A smart one filled with interesting tactics. To scare their predators away, they flaunt themselves by inflating their chests to appear bigger. Nevertheless, despite its dangerous-looking spikes, they are harmless and only eat ants.

The leaf insect looks strangely similar to an actual leaf from a plant. During windy weather, they sway freely as if they are a leaf moving left and right depending on the wind’s direction. Their disguise is unparalleled, which partly explains their relations to the stick insect, a mimic of sticks.

Jerboas run very fast given their small size, going as quick as over 20 kilometers per hour during a chase. They run fast because of their long hind legs, which also makes for an explanation why this mouse-like rodent hops around like a jumping kangaroo.

The leafy sea dragons resemble the look and sways of seaweed, thus making it as one of its most near-perfect camouflage. A relative to the seahorse, they can be found in the oceans by South and East Australia. Next to the seaweeds, of course.

One cannot deny the unique beauty of the Glaucus Atlanticus, also known as the blue dragon sea slug or blue dragon mollusk. But beneath its pleasing looks is the poisonous sting, which could lead to potentially fatal results on the victim. They float upside down near the surface of the water, often preying on small jellyfishes.

As the name suggests, the mimic octopus can imitate those around him. But the beauty of this creature is very adaptive to its environment and can impersonate other marine animals such as jellyfish, giant crabs, seahorses, stingrays, and more. The Master of Disguise, if you may.