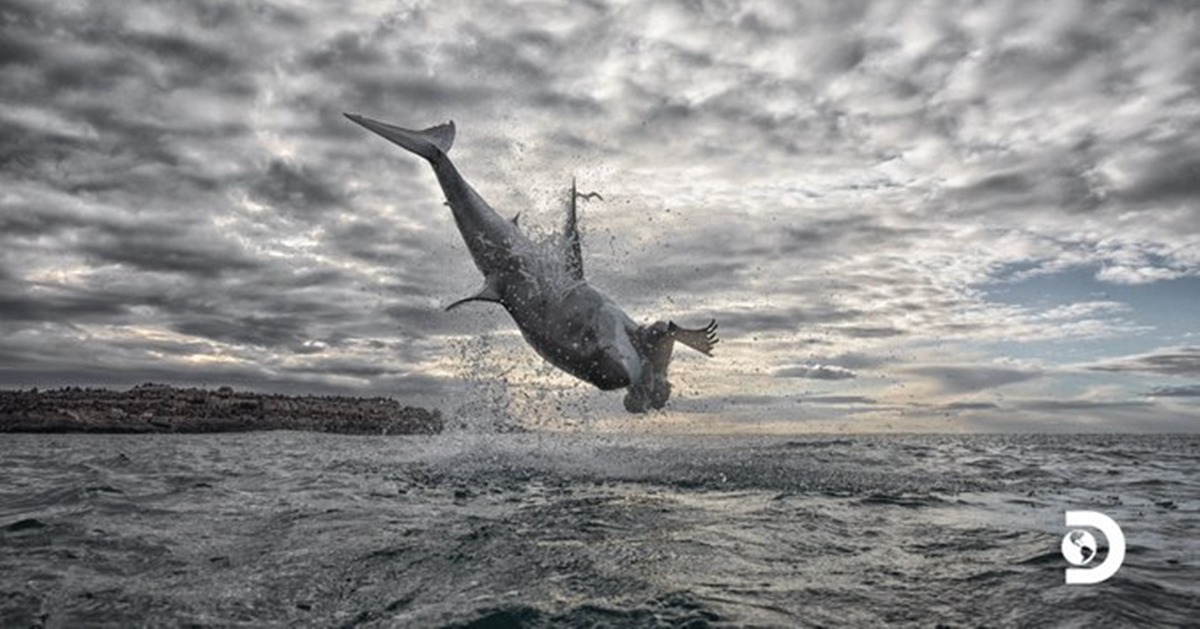 If Jaws taught us anything, it’s that sharks are terrifying creatures. This is especially true of Great White Sharks. One of the largest types of the species in the ocean, they can rip people limb from limb as soon as they get their jaws wrapped around them. The good news, however, is that they are restricted to the ocean.

This means that most people can go throughout their lives without ever coming across the shark. The same can also be said when people are on boats; while people may be able to see them from a relative distance, they are not going to get up close and personal. As true as that may be, it looks as though some people may not be as safe as they would have thought.

Great White Sharks have been known to have some serious jumping power. As a result, they’ve been able to reach a few feet above the water, although this is relatively rare. This shouldn’t be too high of a distance above the sea level. However, one particular shark didn’t seem to get the memo, as it managed to jump 15-feet from the water.

A picture was captured by Chris Fallows in South Africa’s Seal Island, the waters of which are known to host dozens of sharks, depending on the time of year.

In an interview, Fallows notes that this must be one of the larger jumps that a shark has ever made. He also highlights how lucky he was to be there when the shark jumped out of the water.

Fallows, a shark expert, was in the area as part of the Discovery Channel’s Shark Week, which highlights different shark species every year. He submitted the images, which you can see above, to the show, and won a contest because of it. Naturally, the photos are amazing. To paraphrase a wise man, however, it looks as though people are going to need bigger boats.

Have you heard about Mike Tyson Vs. Jaws on Shark Week? If not check this out!

Here’s What Happens When Kittens Take On A Demonic Nun