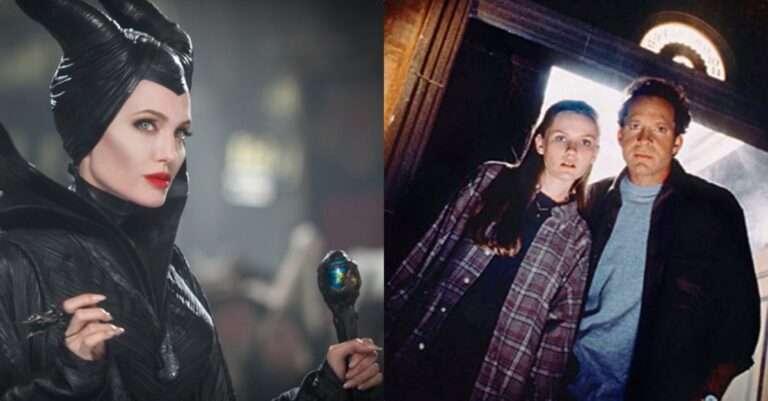 When you think Disney, the first impression that comes to mind is probably Zootopia or Frozen. However, the origins of Disney movies and fairytales stem from creepy, gory and downright horrifying tales. From stories of human sacrifice and ghosts to the paranormal and supernatural, Disney had a time where it was full of the macabre and grim. The tradition of dark fantasy resides in Disney for a long time now.

In the musical retelling of Legend of Sleepy Hollow, Disney took things up a notch and turned them macabre. It is a complete scare-fest that ramps up the tension leaving you scared to even look behind at your own shadow. Ichabod is terrified out of his wits by the time the Headless Horseman chase him down. It is a wicked pursuit that leaves Ichabod and the rest of us terrified out of our wits.

Who thought this would be a good film to produce for children? Unless you wanted your children to grow up with serious issues, you had better keep them very far away from these adventures.

When making a sequel to The Wizard of Oz, Disney messed up. Instead of delivering more on the happy and silly content, it delivered a bold and eerie post-apocalyptic scenario. Easily nightmare fuel for all the kids, this should not have been marketed as a children’s movie. The first sign that something is wrong comes when Dorothy gets a shock treatment in a mental ward of Victorian-era.

From thereon, everything appears bleak and torn apart. The Emerald City is laid to waste, the evil princess tocks up on severed heads in her closet to wear one every day and the Yellow Brick Road is all torn up. Dorothy’s new friends are even just as unsettling as the enemies. It ended up being a box office flop for the sole reason that it did not deliver to people’s or parents’ expectations.

Making use of Gothic horror tropes, the film has some of the best cast and characters. It tells the tale of an innocent young woman who is trapped in an isolated old mansion and is menaced by sinister forces. The film keeps up the suspense impeccably leaving much to the imagination. There is nothing that can give away or even hint at the awful sinister things hiding in the dark waiting to come get you.

It is a lot like some of the best horror classics such as The Omen and The Exorcist. Disney certainly exceeded expectations with this gory and transfixing production. Parents who bought this film for their kids (God knows there was no Netflix back in the day) must have been sorely disappointed and terrified at what they saw.

One of the first Disney films to earn a PG rating, the Black Cauldron is based on the Prydain fantasy novels by Lloyd Alexander. It was pushing on an R-rating before being re-edited to remove child inappropriate scenes such as partial nudity, throat-cutting and flesh melting. The existence of the villainous Horned Kind and the necromancy sets the film apart from the standard Disney fantasy.

Taran, the main character, leads a squalid life as a pig-keeper but he has big dreams of a great destiny. In an attempt to rescue Kenwin, his pig, he finds himself on a journey to confront the darkest of villains in Disney filmography. Despite having a devoted following, it is not considered as one of the finer films of Disney. After the release of this film, Disney decided to tone it down on the gore and stick to preppy silly content.

Something Wicked This Way Comes (1983)

This Disney film is based on a novel of the same name by Ray Bradbury. It is straight up a horror movie that comes with no warnings or apologies. No one can tell that this is a Disney production except for the small giveaway that all the main characters are played by kids. In fact, the movie is so horrifying that is became the inspiration for horror novelist genius Stephen King for his book Needless Things.

The performances are absolutely terrific and terrifying altogether. Although told from the point of view of a child, there is nothing that can render this film anything other than a straight up horror film. Disney or not, this is undoubtedly a great horror film of the 80s.

Grim, nerve-wracking and action packed, Dragonslayer is a dark fantasy film that preceded The Lord of the Rings movies and even Harry Potter. It is the story of a magician’s apprentice who travels to foreign lands from the destruction of a voracious dragon. It is quite unlike your average Disney fairy tale. The film portrays a bleak, pre-Christian, post-Roman medieval age involving a king who signs a pact with the devil.

From virgin sacrifices to pillaging, the content of this film is the exact opposite of what would be acceptable for a children’s Disney film. There is even a subplot involving cross dressing. While there is nothing wrong with that, a Disney movie is not the first way to broach the subject. There is also an abundance on gory and gruesome scenes. It is easily one of Disney’s most grown up films.

Although at first sight it appears to be a movie about children with supernatural powers, there is far more to this than what meets the eye. Disney dropped some seriously creepy hint in this movie making it have an underlying tone of horror that is unmatched. Good job, Disney, I see you are upping your game.

The gloomy story of a mad and murderous scientist in a haunted house all the way in space is too much information on its own. Imagine when stuffing that in a Disney film. The gothic set up of the film plays well with anything but a children’s Disney classic. The monstrous vessel which is discovered by explorers is found to be full of faceless robots. The lone scientist has obviously gone mad in all this isolation.

As if that was not dark enough, murder soon joins the series of unfortunately creepy events. Devilish killer droids and a snippet of the afterlife coupled with mild swearing, any parent who knows better will keep their kids far away from such content. The film did well in the box office despite all that and even won Academy Awards for cinematography and visual effects.

A macabre film, Tower Of Terror is still a lot tamer than other wilder choices of Disney films. Although it is a kid friendly movie, it is exceptionally scary in its own wake. What makes the story even more terrifying is the precision and accuracy of the horror scenes. Perfectly paced, they easily stand to rival bigger horror classic such as Goosebumps or even Buffy the Vampire Slayer.

Although made for Disney channel, it was helmed by DJ MacHale who co-created the horror classic anthology series “Are You Afraid of the Dark?”

Pirates of the Caribbean: The Curse of the Black Pearl (2003)

An army of the undead coupled with an Eldritch pact only breakable by blood sacrifice added to an Aztec curse. What was Disney thinking? The film may be incredibly fun to watch but the ghost story underlying the obvious one is creepy. The march of the zombie army across the sea was perhaps one of the best scenes in the film. A total climax, it still begs the question whether it is a children’s film or not. Perhaps not.

The chilling scenes are great for young adult audiences and even adults who are fans of the franchise. But, ask anyone and they will tell you to keep kids away from that.

The horror superstars starring as villains, Bette Davis and Christopher Lee, says a lot about what Disney had in mind for Return from Witch Mountain. Additionally, John Hough, horror director, helmed this film. The chilling scenes displayed on screen are enough to give you nightmares. From occult activity, the dark vibe in the entire movie is creepy.

Although a hit, the film served greater purpose in terrifying kids than entertaining them in a fun way.

Angelina Jolie does a great job in bringing out the spooky elements of this film. The evil and macabre nature of Maleficent is highlighted with every second of the film. I am a grown adult and I got a pretty good scare in multiple scenes. What do you think the kids would do? The underlying plot of the greed, kidnapping, murder and manipulation may be a little too grown up for the kids, but they do exist.

Not as dark as the other Disney films on this list, Maleficent still provides its fair share of scares. Not exactly a “horror” film it still is pretty grim in its own way. Disney really does not slack on anything does it?

As adults, we can distinguish between fun and horror films. At times, the horror ones can be fun and entertaining, too. However, when it comes to kids one should be more careful. How many of these films did you watch in your childhood? If you were a parent would you have your kids watch these?