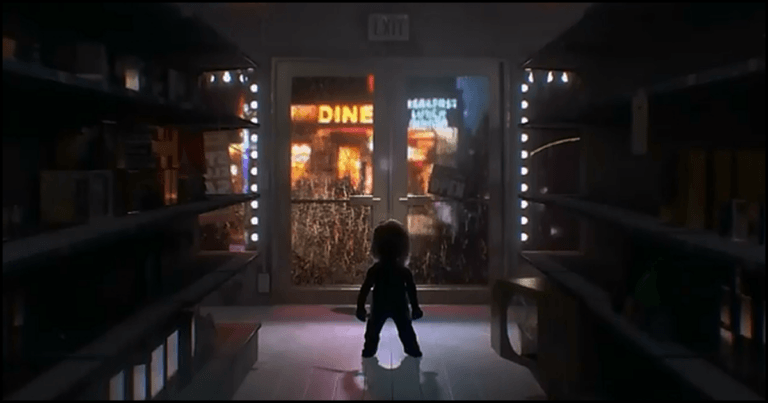 While the Child’s Play franchise has been relatively poorly received with the most recent instalments, the originals are looked back on fondly. Created by Don Mancini, the films centered on a doll that had been possessed by a serial killer. Now, it looks as though the franchise is returning to its roots, with Mancini announcing a release window for the Chucky TV series.

Earlier this year, news broke claiming Chucky – the serial killer doll – will be making his way back to haunt our television screens, this time, in the form of a TV series.

Luckily, the rumors were true and production for the upcoming show thankfully wrapped before the set had to be shut down due to ongoing problems the world is currently facing.

Aside from news confirming the return of Jennifer Tilly to the show, not much else had been reported on surrounding the Chucky TV Series.

Taking to Instagram, the franchise creator confirmed that the show will be airing on Syfy and the USA Network. He also shared a teaser trailer for the show, which can be found below. The series was first teased back in May and was described as breathing fresh air into the franchise.

Don Mancini notes that, while the first film provides the inspiration for the show’s scares, the series will look to interweave it with the storytelling from subsequent movies. In addition, he claims that many fan favorites from the Child’s Play may turn out in the Chucky TV series.

However, he also notes that the show will be taking the titular character in a new direction. In a recent interview, Mancini said that Chucky will have different weapons and different strategies, alongside a goal that he didn’t have throughout any of the films.

Though the creator didn’t go too far into specifics, he did mention that it would be tied to what’s going on in the world today. Child’s Play has seen seven movies over the past decade, alongside being alluded to in numerous television shows, with many of these being parodies.

As such, the upcoming Chuck TV series will have a rich history to draw on. Fans of the original films, however, may be hoping that it sticks close to the first few installments of the franchise. With Don Mancini at the helm, though, this appears to be the case. The series will be released in 2021.