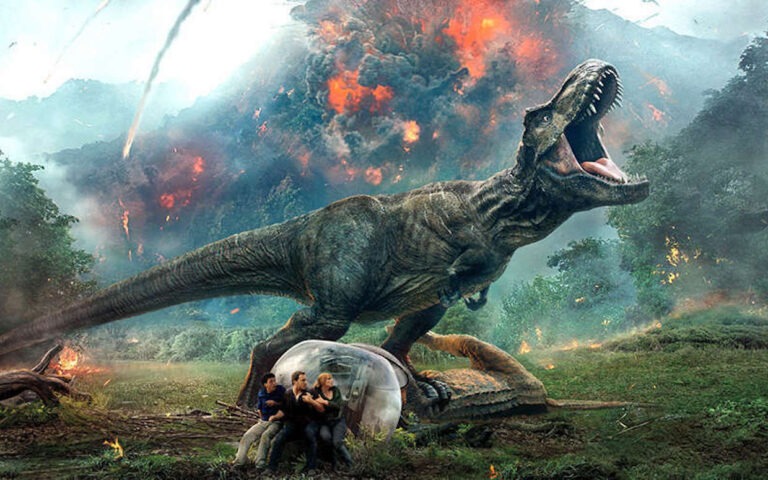 In a recent interview with Variety, the Jurassic World star talked about the upcoming sequel, saying that “Man, I can’t tell you anything, but I can tell you it’s going to blow your mind. It’s going to be the biggest and best yet.”

When asked to talk about the movie further he called himself “a professional secret keeper” so it may seem like we won’t be getting much more information for a while but what we have so far has definitely got us interested.

After earlier releasing the info that Jurassic World 3 would soon start filming it will be interesting to see how exactly the director Colin Trevorrow intends to get everybody back in the film.

With confirmation that the characters of Ellie Sattler, Alan Grant and Ian Malcolm returning from the older Jurassic Park films that are not part of the ‘Jurassic World’ trilogy Trevorrow talks about why the haven’t all returned sooner.

“We’d have had to come up with a reason why Ellie, Malcolm and Grant all went to the theme park on the exact same day it broke down – again… The next film allows the legacy characters to be a part of the story in an organic way. Emily Carmichael and I call it Jurassic Park VI because it is.

Obviously this statement combined with what Pratt revealed in his Variety interview has us extremely excited, and with an apparently gigantic budget, returning legacy cast and being named as a successor to both the ‘Jurassic World’ and ‘Jurassic Park’ franchises we have every reason to get our hopes up.

With Pratt comparing the third Jurassic World installment to Avengers:Endgame and such epic announcements while the film is still only in pre-production, we definitely hope that the finished product lives up to the hype and that it doesn’t go the way of the dinosaurs.