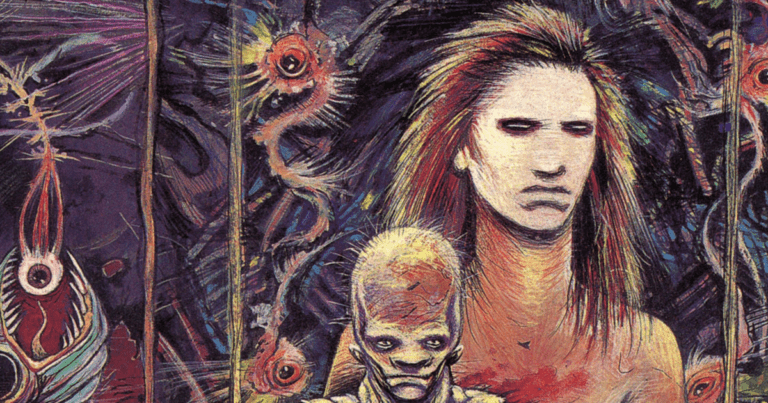 Clive Barker’s Books of Blood series has been well-received since its debut. In the decades since, it’s already been adapted into a 2009 film, although this was only a partial adaption. While this didn’t get the fanfare that was expected, interest in the books still grew. As a result, Hulu announced a new film adaption of the stories late last year.

While there wasn’t an extensive amount of detail released about the adaption, the one thing that was missing was a release date. Now, the streaming service has announced that it will debut as part of its Huluween celebration at the end of October. However, it hasn’t unveiled the actual date that it will be released.

Brannon Braga, perhaps best known for his work on Orville, will be directing the movie. He is also serving as executive producer and co-writer, alongside Adam Simon, known for his work on Salem. Seth MacFarlane is also on board to executive produce. Describing the Books of Blood movie, Hulu has said that it will take viewers through three tales across space and time.

The movie summary also notes that Braga and Simon will be contributing original material to the movie, although it will be based heavily on some of Barker’s stories. The cast, as previously announced, is being led by Fahrenheit 451’s Andy McQueen, who is starring alongside Freda Foh Shen and Anna Friel.

Britt Robertson, A Star Is Born’s Rafi Gavron, and Yul Vazquez have also been confirmed for the cast. However, it’s unclear as to which characters they’ll be portraying, though fans of the books may be able to make educated guesses.

Books of Blood will debut on Hulu in October. Initially, it was announced as a TV series, although it’s unclear as to when the streaming network decided to switch to the movie format.