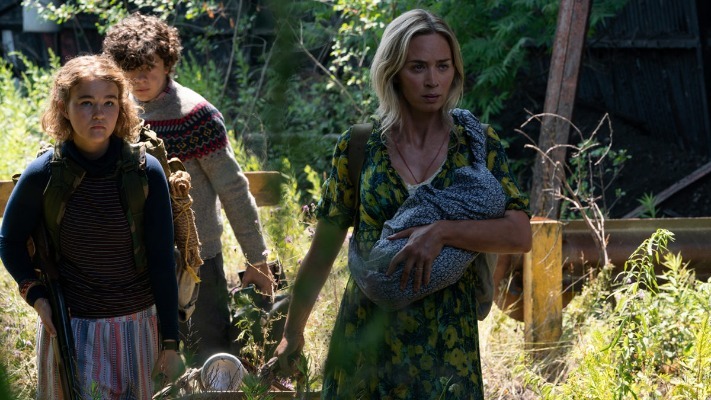 Following the recent string of cinema closures across the world, a major blockbuster season has been disrupted. With hugely anticipated releases such as A Quiet Place II and Mulan both having their attendance numbers decimated movie studios are scrambling even faster to come up with alternative methods of releasing their films.

The horror landscape is also quite bleak, with disruption seen as a guarantee for movies such as Vivarium (scheduled for a March 27th release date) and The Other Lamb (penned in for a release of April 3rd) fans of the freaky may be left hanging. If we look even further into the potential fallout of the coronavirus closures we may also see foresee disruptions to titles such as Antlers, which is still on course for a release date of April 17th.

But there may already be alternative methods in place. Movie studios were already seeing somewhat of a transition to streaming platforms pre-coronavirus and these unfortunate circumstances may see them move towards services such as Netflix and Amazon Prime Video even faster.

We can already see examples of studios moving their megahits to their respective streaming platforms far ahead of schedule. Where the standard waiting period between cinema screenings and digital releases used to be around 3 months, Disney for example, released their franchise definer Frozen II onto Disney+ far ahead of its original schedule.

As aptly put by Jeff Bock, who is an analyst at Exhibitor Relations “Hollywood has long wondered how major releases would perform if they bypassed theatres completely. And now they have a chance for a test run without much ire from cinema owners since most venues are now shuttered.”

But the impact on blockbuster releases may be less than the fallout for horror franchises, which rely more heavily on immersive sound and visual quality to really get you on the edge of your seat, and if the upcoming weeks are anything to go by, horror fans may be in for a bumpy ride.