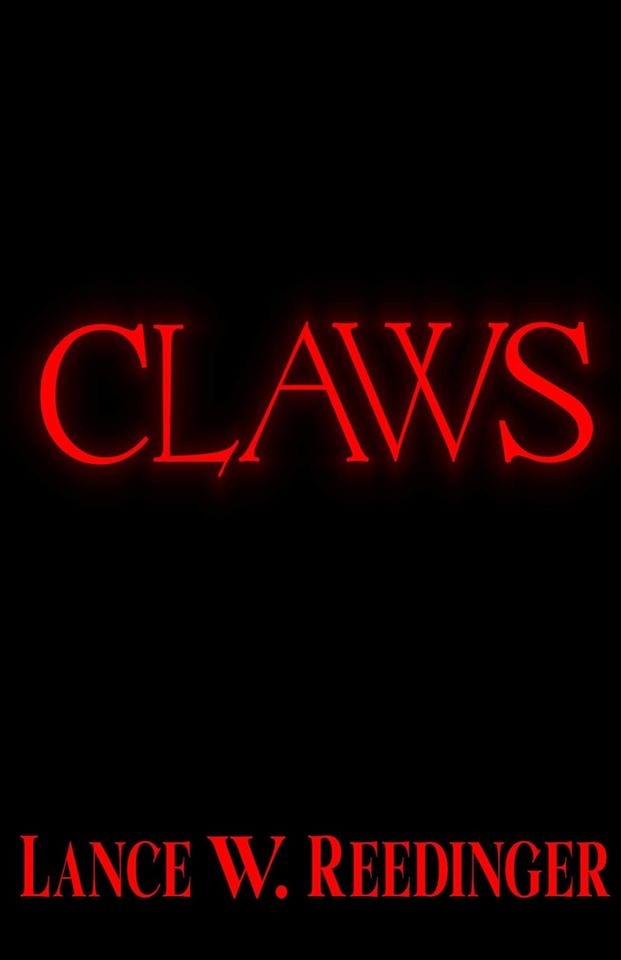 “Claws” is a horror novel by author Lance Reedinger that turns the peace of the Chesapeake Bay into the home of a terrifying crab-like monster. A classic monster tale with a modern twist, the book was published by small press Boutique41 Publishing and is proud to be the first were-crab function!

Lance Reedinger was inspired to write this book after he read a novel titled “Raw Head Rex” back in the late 1980’s. Baffled as to why there were no local monster tales in his hometown of Baltimore—where crabs are the primary export—Lance decided to write his own.

A 41-year-old East Baltimore soccer player and real estate and property management professional, Lance has been obsessed with the horror genre since he was a kid. A fan of Stephen King, Clive Barker, and Ann Rice, Lance decided to use the horror genre as a vehicle for his creativity. Coming near the end of his business career, Lance is currently looking forward to delving into the horror literary world and is working on a full-blown novel.

Lance recently discussed his writing career and upcoming projects via an exclusive interview.

Meagan Meehan (MM): How did you discover your love for writing and why do you gravitate towards the horror genre?

Lance Reedinger(LR): At a very young age I read “Jaws” after seeing the film. The discovery of how much better the book was then the fantastic movie blew my mind. Immediately I started reading everything I could, from there the natural instinct set in to create my own stories. Growing up in the golden horror age of the 80’s really had an impact on my artistic taste. At that time period, horror was ingrained in all pop culture. Television, Film, and Literature were drowning in the horror genre.

MM: “Claws” was inspired by both a book and your hometown…so do you personally have an aversion to crabs?

LR: No, I have no aversion to crabs, living my whole life not a mile from the Cheasapeake Bay, crabs are a way of life. When swimming in the bay was more common there was always a slight fear of one clipping at my feet. Crabs tend to run away from other predators, but the bay water is dark and that fear of the unseen can be unsettling.

MM: How long did it take to complete the book and how did you find a publisher?

LR: I had a general outline for the story I wanted to tell for years, so it was a rather quick write. About three months from start to finish, that was two full days a week writing and addressing the story daily. Now post production was an all-together monster, what should have been a few weeks, turned into a two-month nightmare. This was my first professional piece, so I was not prepared for all the formatting and printing delays which can drive any writer mad. My publisher I have known for years and they just started to expand into the horror/fantasy genre. I was thrilled when they asked for a treatment and then stunned when they put their faith and money into my work.

MM: How did you develop your characters and are they inspired by any real people in any way?

LR: As far as official real people, just the physical descriptions. For example, the character Ray is a monster of man friend of mine who could do battle with a beast if it came to that. Others as well I drew from direct personal relationships but only in the physical form. “Claws” characters are very horror cookie cutter, a sheriff, a female heroine and others you will find in any run of the mill horror film or book; however, I put a local flavor that I hope shines thru for the reader.

MM: What’s your favorite thing about the book and why?

LR: My favorite thing about the book is the subtext of my local community. Once a vibrant steel town suburb of Baltimore, the area, like so many other communities in the country, has been decimated by drugs and economic struggles. The line between the well to do and the poverty stricken is thin. The beast in the book is a metaphor that impending doom strikes either. Subtext is important in any piece to bring merit to the work, but it should never overshadow the story. I was very happy with the reception of many of my readers who were happy that the book addressed some social issues.

MM: What do you hope readers take away from the book?

LR: For me, a book should at heart do two things. One, transform setting. Take the reader into the setting of the book and introduce them into a new reality. Two, evoke emotion. Make sure the reader is at some point scared, sad, thrilled. With “Claws” I hope the reader gets to know my home town and is wrapped tight for the last thirty-page thrill ride.

MM: Can you tell us anything about the plot of the novel you’re currently working on?

LR: “Goblins” is slated for an October 2020 release. I am currently having a lot of fun writing this piece. I have always loved horror works with a contest setting. The Spanish film “Intacto”, Japanese books and film “Battle Royale“, and “The Hunger Games” books and films are huge influences on this next work. The plot revolves around a billionaire who host his own survival contest involving these creatures. The timing could not be better as well with the media on constant coverage over the elite of the world and some of the twisted things that they do. 2020 will be the year of greed, gluttony and goblins.

MM: What are your ultimate career goals?

LR: The pinnacle of a lot of literary works is to be adapted. The ultimate goal would be to see one of my works in television or film form. I got a lot of great feedback from some independent filmmakers. The process is very long and most of independent artist write their own material. My publisher and I are consistently pushing the product and hope to get a green light one day.

MM: What other projects are coming up for you soon and is there anything else that you would like to mention?

LR: “Goblins” is my paramount project right now, but I was honored to be able to write a film review for Dead Dollies Seasons Bleedingsmagazine and got some great offers to do horror film reviews and articles for Horror Nation and Psycho Circus. This summer I will also be collaborating with a few other writers to send a local director a screenplay for a film he would like to do. It is a female based scarecrow movie set in an abandoned scream park.

* * * * *To purchase a copy of “Claws” visit the official website of Boutique 41 Publishing or Amazon.

Trailer For The Modern Candyman Sequel Is Coming Soon

The Haunting of Hill House: Second Series of Netflix Hit Has Finished Filming