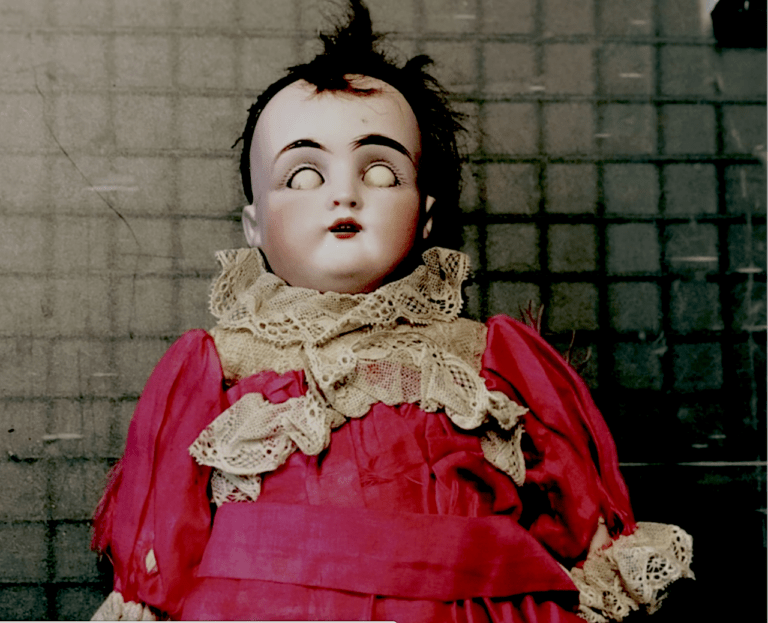 From Tiny Tina to Chucky, Robert, to that awful Jolly Jim that used to sit on top my Grandmother’s wardrobe, it’s simply undeniable that dolls are creepy as hell.

Despite being our toys and a symbol of innocence, there is something undeniably troubling about these approximations of the human form. But which, oh which, is the creepiest of them all?

That’s what one museum in Minnesota has set out to investigate. The History Center of Olmsted County in Rochester, has been photographing its own collection of pint sized playthings and inviting the public to vote on which is the most horrifying, and there are some shockers in there, trust me.

Like this little chap for example. What kind of cruel b****** of a parent gave their child this horror to play with? “Here you go darling. Here’s something from the depths of hell to keep you company, we call him Pin Eye Potato Face. Isn’t he cute? Sweet dreams…”

Though, as the museum’s Curator Dan Nowakowski pointed out, these teeny terrors were not made with the intention of frightening anyone (most of them having become more troubling in appearance due to age and deterioration), a brief flick through the entrants shows that they are more than capable of scaring someone senseless. It’s certainly doubtful that you would want to find any of them calling ‘mama’ in the dark, or sitting at the end of your bed.

I mean, check out this precursor to the ‘Elf on the Shelf’ craze, it looks like it should be being held by a child from Summers Isle just before they set the Wicker man alight. Even in its brand new form I can’t imagine that thing was exactly pleasant. No thanks, I’ll stick with my Stretch Armstrong and Ultimate Warrior figure thanks.

If you’d like to look through the collection, visit them on twitter and cast your vote. The contest is open until Thursday.