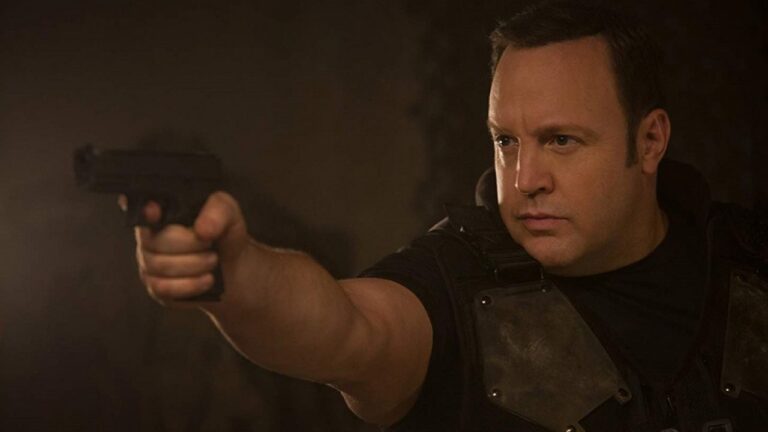 Kevin James, whose filmography goes to a wide range of roles ranging from a mall cop (Paul Blart: Mall Cop), a zookeeper (The Zookeeper), and loyal member of Adam Sandler’s circle of friends for both live-action (I Now Pronounce You, Chuck and Larry, Grown Ups) and animation (Hotel Transylvania series), is taking on the role of a merciless home invader in Becky.

Becky is an upcoming thriller about Becky, a rebellious 14-year old who struggles in enjoying a weekend getaway with her father at their family lake house. Things go more awry when a group of escaped convicts tries to break into their house. Becky has to think of a way to deal with these criminals herself.

James’ role, the leader of the group invading Becky and her father’s house, is originally planned for Simon Pegg, who depart the project due to scheduling conflicts.

Quiver Co-President Berry Meyerowitz expressed his excitement for James’ performance in the film, which he raved “a chilling performance in his first villainous role, especially playing against rising star Lulu Wilson in an epic head-to-head battle.”

Jonathan Millot and Cary Murnion, the duo behind the Dave Bautista-actioner Bushwick and the horror-comedy Cooties, directs the film from a screenplay written by Nick Morris, Lane Skye, and Ruckus Skye.

It has recently been picked up by Quiver Distribution and Redbox Entertainment for its North American distribution. It will now be released digitally and on-demand this June 5, 2020.

Becky was originally set to premiere at the 2020 Tribeca Film Festival, which is supposed to have a festival run last April 15 to 26, 2020 before its eventual cancellation because of the pandemic.