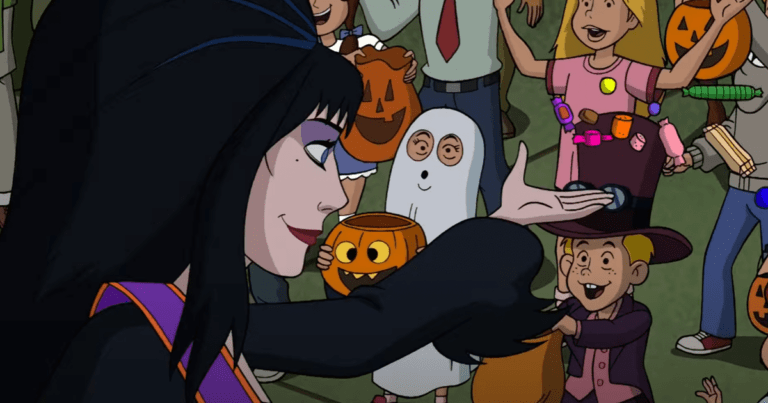 The Scooby-Doo franchise has had quite a few movies throughout its history. Despite these frequently focusing on people in masks and other creepy illusions – tropes also used in the television shows – few have centered around Halloween. However, this is the case with Happy Halloween, Scooby-Doo, which has just gotten its first trailer.

Set to be released this fall, the animated feature will be going straight to home video. While the trailer is relatively short, it manages to pack a lot into this time. There are quite a few characters included that may surprise some potential viewers. Perhaps the most notable of these is Scarecrow, best known for being one of Batman’s fiercest enemies.

While Scarecrow looks to be the antagonist of the movie, the Scooby Gang has a few friends to help them out. Namely, Elvira, Mistress of the Dark, and Bill Nye, the Science Guy, will help to take down the bad guy. Happy Halloween, Scooby-Doo is the creation of Maxwell Atoms, who serves as director and producer, alongside having written the script.

The cast of the movie has also been released, with there being some memorable names included. Perhaps the most notable is Matthew Lillard, who will portray Shaggy Rogers. Lilliard’s name should ring a bell for most Scooby fans, as he played Shaggy in two of the franchise’s live-action adaptions.

He will be joined by Frank Welker as Scooby and Fred Jones, Kate Micucci as Velma Dinkley, and Grey Griffin as Daphne Blake. Bill Nye will portray himself in the film while Cassandra Peterson has been cast as Elvira, Mistress of the Dark.

Happy Halloween, Scooby-Doo is set for release later this fall and will center on a mystery with “gigantic proportions,” according to a press release. Based on the trailer, which you can see below, the film will please new and older fans alike.