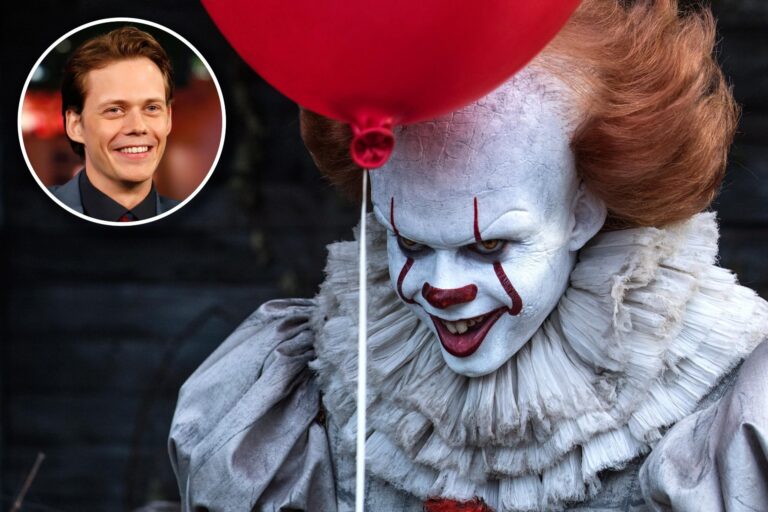 In a casting decision that has sent the rumour mill into a frenzy of activity,  it has been revealed that Bill Skarsgard, fresh from his turn as Pennywise in IT: Chapter 2 has been hired to star alongside Robert Pattinson in the upcoming DC Dark Knight feature The Batman.

The fact that Skarsgard’s actual role has yet to be announced has fuelled speculation about which character and particularly, which villain, from the caped crusaders universe the Swedish actor is set to play.

Whilst classic Batman opponents immediately spring to mind, with Skarsgard’s terrifyingly manic turn as Stephen King’s killer clown seeming to make him a perfect fit for a new iteration of The Riddler, or even, with the help of some clever camera tricks, The Penguin,  both roles have apparently already been filled.

As such, some other arguably more interesting possibilities could be on the cards.

Though primarily a Superman character, Lex Luthor has always been a villain worthy of a more subtle interpretation and could offer a more realistic foil for Pattinson’s first outing in the suit. Skarsgard would no doubt lend some depth, not to mention an element of sinister menace to that role.

Harvey ‘Two Face’ Dent was portrayed with a pleasing degree of seriousness in The Dark Knight and could be well suited to Skarsgard’s rubber features.

Then of course, there’s the big one…

Though Pattinson has made clear that The Batman does not cross over with Joaquin Phoenix’s iteration of The Joker, this does not rule out the character making an appearance in this separate universe.

Some fans have already run away with this idea and produced mockups of how Skarsgard might look in the famous makeup. This however is pure speculation.

Whatever his proposed role, Skarsgard’s inclusion can only be a good thing. Just as long as he isn’t donning the leather to play Cat Woman. That I could live without.