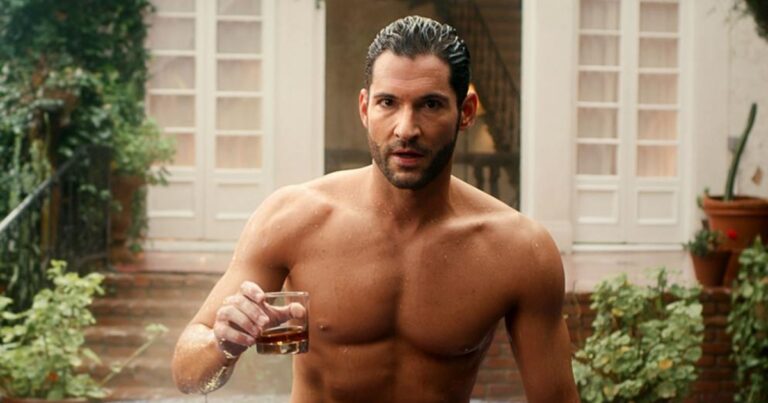 The filming and overall production of Lucifer season 5 have made quite a few headlines in the past few months. One of the most notable of these was focused on whether lead actor Tom Ellis would be returning for another season. When talks briefly went sideways, some outlets speculated that the actor wouldn’t be returning to even finish the current season, with production already having been delayed because of a pandemic.

Much of this was related to the fifth season initially being touted as its last one. Early marketing materials were even based around this. However, Ellis subsequently agreed to return for season six. With a new marketing push, it looks as though the sixth season is going full steam ahead, with trailers removing the ‘last season’ messaging.

However, season six still hasn’t officially been ordered, so it’s still debatable as to whether it will be picked up. Whether or not it will be will depend on how well-received the fifth season is. Despite this, it’s Lucifer season 5’s release date should be the most interesting piece of information for fans, as it’s coming somewhat earlier than expected.

In a YouTube video titled Lucifer’s Sexiest Moments, Netflix has confirmed that the show will return on August 21. Netflix picked up the show after it was canceled by Fox, creating and airing season three and season four. If the streaming company follows past patterns, an announcement focused on a renewal should come several weeks after season five airs.

What makes this release interesting is that Lucifer season 5 will be released in two batches, with the first batch airing on August 21. However, it’s unclear as to when the second half of the season will be released. A lot of this could be a result of the industry shutting down, so Netflix may need to finish producing certain episodes before making an announcement.