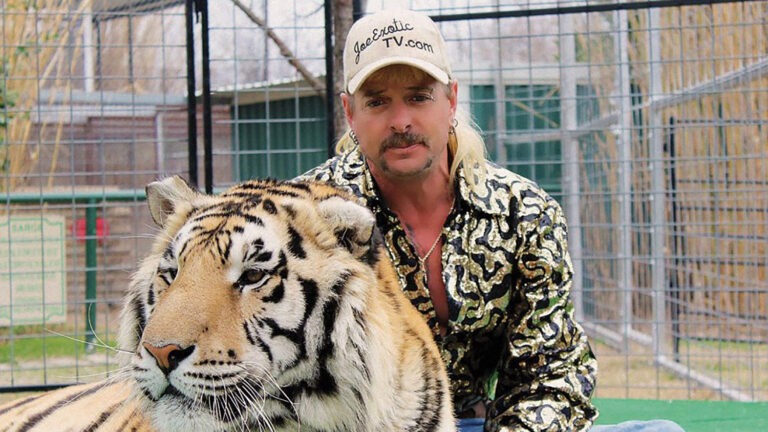 With the whole world going crazy Tiger King: Murder, Mayhem and Madness which has remained at the top of video streaming powerhouse Netflix’s most popular titles for two weeks running, it was almost guaranteed that more content would be delivered to baying audiences.

The docuseries which currently has an 88% fresh rating on Rotten Tomatoes will be airing another episode of the show which was announced earlier from Neflix’s official Twitter account.

The new episode will work as an aftershow which will be hosted by Community‘s Joel McHale, who was also the one to help Netflix make the announcement for the upcoming feature.

“There’s a documentary series on Netflix called Tiger King. I highly recommend watching all seven episodes.” Begins McHale “On April 12th, Netflix will release an eighth installment called: The Tiger King and I. It’s an after-show hosted by me. I talk to a lot of people involved in the project: Jeff and Lauren Lowe, Saff, Erik Cowie, John Finlay, John Reinke, and Rick Kirkham, to see what’s happened in their lives since the release of the series.”.

The episode was also mentioned by current Greater Wynnewood Exotic Animal Park Zoo owner Jeff Lowe just last week when he was mentioned in a podcast, confirming that there would be one more episode.

Unfortunately, and for obvious reasons, Joseph Maldonado-Passage aka Joe Exotic will not be starring in the upcoming episode due to the fact that he is currently serving time in federal prison for trying to hire a hitman. Carole Baskin will also not be making an appearance due to the fact that she believes the documentary molded her into a murderer when in actuality she has never even been a suspect or even a person of interest in the case of her missing husband Jack ‘Don’ Lewis who disappeared back in 1997.

So get ready Tiger King fans and mark April 12th in your diaries, as we are sure this one will not be one you want to miss.