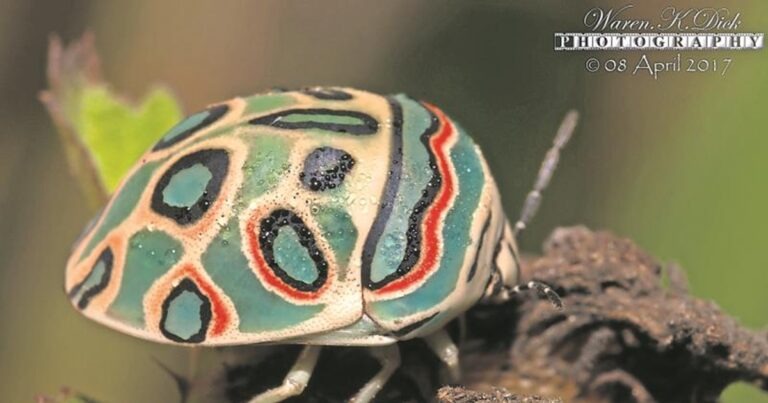 Instead, their knowledge is mainly limited to what the bug looks like. As it turns out, they could be much more interesting than many people may assume. A member of the Shield Backed Bug family, the big measures about the size of a fingernail. If it wasn’t for their colors, the bug would be quite easy to miss.

However, this doesn’t mean that it’s unable to fly. In contrast, it has wings under its carapace, which means that it has the ability to fly. Despite this, most Picasso bugs are rather reluctant to do so and prefer to stay on plants and the ground. Alongside this, they can be quite specific about what they eat.

While they can eat any kind of vegetation or plant, the bugs tend to stick with a few specific plants. In addition, they normally limit themselves to the seeds of the plants. Then there’s metamorphosis. While many people know what this is, they know relatively little about it. This is especially true when it comes to different types of metamorphosis.

Most people don’t realize that there are two forms of the transformation; complete and incomplete. Complete is what many people imagine and is what’s responsible for turning caterpillars into butterflies.

Incomplete, however, is what Picasso bugs go through. As a result, they never change their shape or look drastically different throughout their metamorphosis. Instead, they typically gain wings, while they’re also known to change their color slightly. This also applies to many other insects, though the Picasso bug is one of the more well-known.