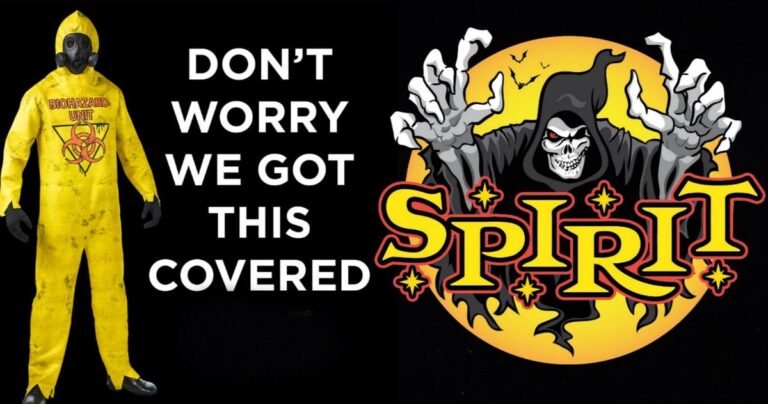 Since the COVID-19 pandemic began, countless firms have had to shut down. Unfortunately, some of these have been for good. With many of these businesses being in the retail sector, many people have feared that their favorite outlets would not be reopening. One such store is Spirit Halloween, the holiday-focused chain that opens for several weeks of the year.

As the chain wasn’t exactly open when the pandemic hit, it wasn’t too negatively affected by lockdown and stay-at-home orders. However, this hasn’t stopped its customers from thinking that it wasn’t going to reopen for Halloween. As a result, the rumor began spreading quickly across the internet.

For the first few days, the company didn’t offer any official statement about the matter, leading to further speculation. With the rumors gaining more ground, though, the retailer has now released a statement about its potential closure. As Spirit Halloween put it, they won’t be closing down anytime soon.

In addition, the retailer – which also operates an e-commerce store – noted that it will be opening 1,400 stores across the United States for the holidays. It also acknowledged that 2020 has been a difficult year so far, although it pledged to keep the Halloween spirit alive. Or undead.

The social media post, which humorously includes a Halloween hazmat suit, also mentions that the stores will be opening in August. However, the company didn’t say exactly when in August this will be, although it’s speculated that this will be near the end of the month.

Fans of the retail chain should be delighted with the news. Over the past few years, Spirit Halloween has become one of the leaders in Halloween-focused clothing and decorations. During this time, it’s also become somewhat of a household name, thanks in large part to the high-quality costumes that they sell at relatively affordable prices.