Freaked DISCOVER THE ART OF PUBLISHING
Home Horror News The Best Horror Movies You May have Missed in 2019, Part Three: Depraved 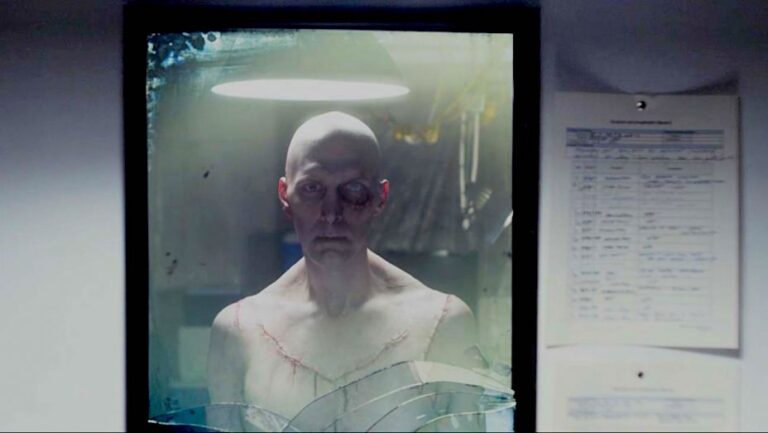 Welcome back to our list of frighteners you may have missed in 2019, those movies that reside in the overlooked, underappreciated or simply ‘missed’ category. As promised tonight’s entry is a new take on a horror classic, a modern retelling of Mary Shelley’s Frankenstein.

As a bit of a Frankenstein geek since I was young, being a massive fan not only of Shelley’s original novel but the countless movie incarnations of her characters, I approach anything that claims to be linked to the classics with caution.

Whilst the central themes of Frankenstein is still potent today, overfamiliarity means that the central ‘monster’ in the narrative lost his ability to truly frighten almost a century ago. It is therefore rare to find adaptations or movies inspired by horror classics that do little more than put a ‘new twist’ on something that didn’t really need one. When it comes to Frankenstein I’m hard to please.

Running more with the thematic content of Shelley’s novel than any of the later plot details (obviously the stitching together of body parts to make a ‘monster’ bit is fairly essential)  and updating the events to the twenty first century, Depraved focuses less on the horror presented by the creature than the horrors that will be inflicted upon it, as it tries to adapt to the world as it is right now.

In it Henry (who, though he is not named Frankenstein, takes on the ‘good’ doctor’s role and shares a first name with Colin Clive’s Frankenstein from the 1931 Universal movie. Nice touch) suffers from PTSD as a result of his military service.

In an obsessive attempt to ‘make’ something positive from his trauma, Henry creates Adam, a modern day Frankenstein’s monster, thrust into our world with flashes of memory from his brain’s previous owner and hounded by the same crushing loneliness that plagued the creature in Shelley’s novel 200 years ago.

The film also tackles more modern concerns, with the cheekily monikered ‘Polidori’ ( named after Lord Byron’s physician, author and part plagarist of one of the earliest published vampire stories and one of the forgotten attendees at the legendary meeting that gave birth to Frankenstein) commodifying Adam from the start and viewing him more as a item or product to be packaged and mass marketed than a living feeling lifeform.

With some timely focus, stellar makeup and lashings of gore, (if that’s your thing), Depraved is a well stitched together horror flick with an admirable level of emotional depth.