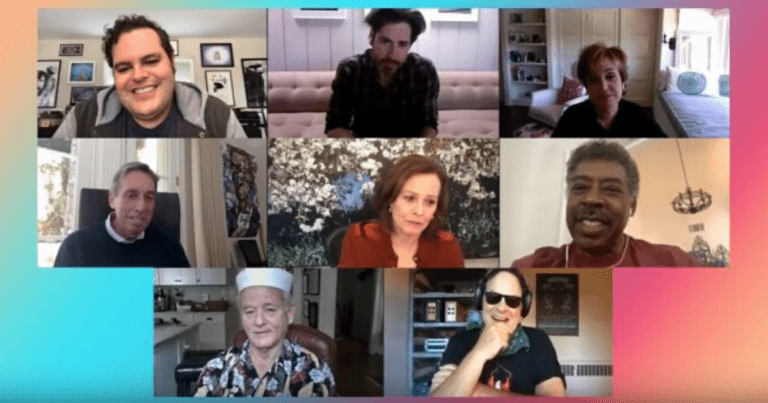 There’s an uncanny value in Ivan Reitman’s Ghostbusters that made the film still work up to this age. It’s easily rewatchable, to an extent where its narrative is brilliantly structured to hold up in multiple viewings.

The 1984 Ghostbusters and its 1989 sequel can be considered as masterpieces in their respective merits – an irresistible piece of horror, action, and comedy all at once. The franchise’s legacy is still felt, with the onslaught of horror-comedy movies borrowing the traits and quips of the original Ghostbusters.

While a sequel featuring the original cast is uncertain, even with Jason Reitman’s upcoming reboot entitled Ghostbusters: Afterlife (starring Paul Rudd, Carrie Coon, and Finn Wolfhard), we have a reunion of the whole gang in the form of a Zoom-powered online show by Josh Gad.

Aside from director Ivan Reitman, his son Jason Reitman steps in to talk about fun bits about the franchise including the upcoming Ghostbusters movie Jason is directing. Ghostbusters fan Kumail Nanjiani also made a surprise guest appearance to ask the gang about trivia.

When asked about what made Ghostbusters such an influential piece in pop culture, Dan Aykroyd (who is also the co-creator of the franchise) said that “it is packed full of heart, and kindness, and good feeling, and everybody loves ghosts to start with, and then to build in these wonderful actors, all corralled by a masterful comic director.”

The episode also honors the late Harold Ramis, a crucial person in creating the world of Ghostbusters.

What are your thoughts on the Ghostbusters gang reuniting at Josh Gad’s Reunited Apart online show? Share your reactions in the comments section below.