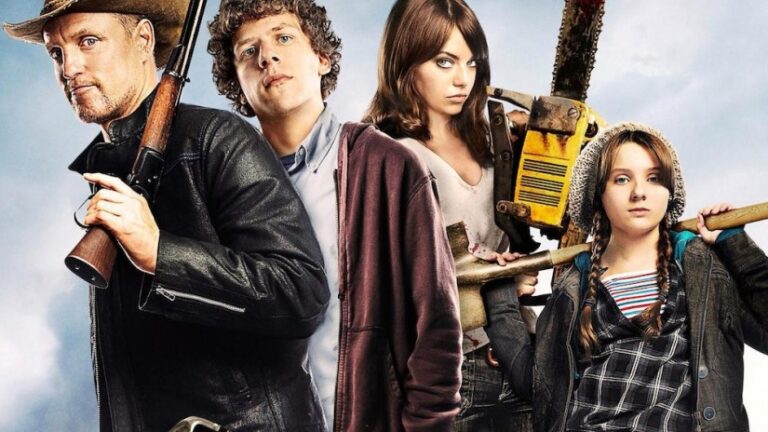 We finally have a look at the poster for ‘Zombieland 2’.

The film will be a sequel to the 2009 hit, which is arguably one of the best zombie films ever created. Earlier today on Twitter, the ‘Zombieland’ account revealed the sequel’s poster via the ten-year challenge. It also seems to confirm the film’s rumored title, ‘Zombieland: Double Tap’. Check it out here:

Stars Emma Stone, Woody Harrelson, Jesse Eisenberg, and Abigail Breslin will all be returning to reprise their roles. Zoey Deutch, Avan Jogia, and Rosario Dawson will be joining the crew. ‘Ghostbusters’ stars Bill Murray and Dan Aykroyd will reportedly also be making appearances. As a matter of fact, a release date for ‘Ghostbusters’ in 2020 has just been confirmed.

‘Zombieland 2’ is set to hit theaters on October 11, 2019. IMBd has the following description for the film:

“Columbus, , Wichita, and Little Rock move to the American heartland as they face off against evolved zombies, fellow survivors, and the growing pains of the snarky makeshift family.”