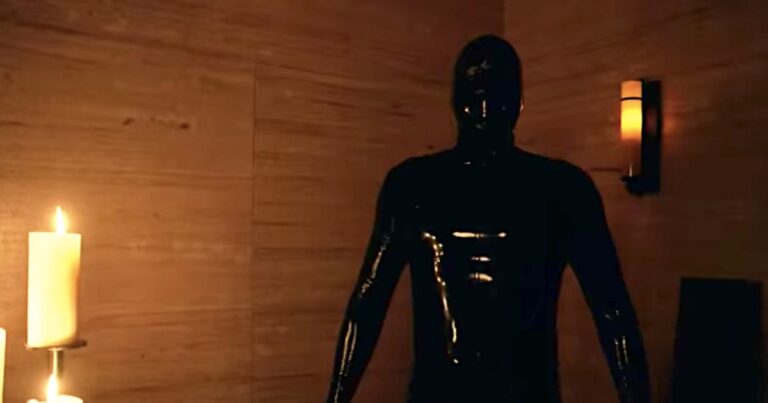 In the run-up to season 10 of the American Horror Story saga we have certainly been thrown some curveballs. From cryptic posters to sudden appearances from Macaulay Culkin we have definitely been kept on our toes.

And showrunner Ryan Murphy took to Instagram yesterday to give us all another snippet of what’s in store for the upcoming season.

“Coming soon…” he writes alongside an out of focus shot of someone donning the rubber man suit which has been worn by a select few of the show’s characters, including Chad Warwick (Zachary Quinto), Ben Harmon (Dylan McDermott), Michael Langdon (Cody Fern) and Tate Langdon (Evan Peters).

Fans of the show will know that the suit has been used in a few horrific acts which include a few murders, but just who lies beneath the mask this time is completely up for speculation.

Although an official release date for season 10 has yet to be announced, all of the previous seasons have been aired in September/October so we expect to be seeing who’s in the suit around then.

Even though the production may have been slowed due to current circumstances, American Horror Story is in no danger of an early departure due to the fact that it has already been picked up to continue all the way through to season thirteen.

Producers of the show are keeping details of the upcoming season extremely under wraps apart from letting us know that most of the key cast are returning, but there has been no more new information released, including what the possible theme of the show may be for this year.

Hopefully, we’ll be hearing more from Murphy soon so we shall keep an eye on his Instagram, but in the meantime let us know your theories on who could be taking up the guise of the rubber man this time around.