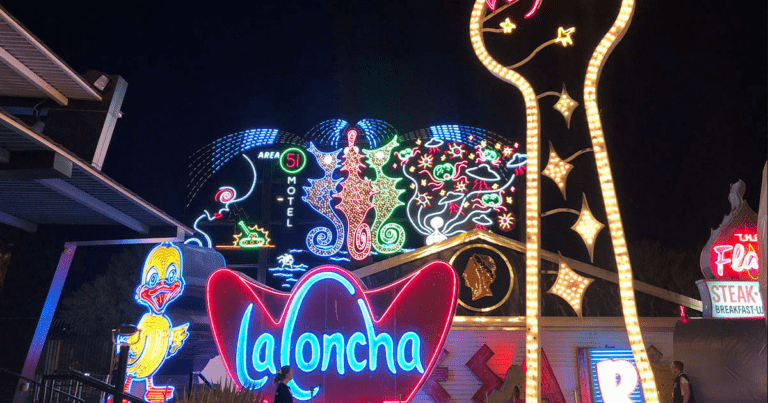 If you’re a fan of anything Tim Burton, horror, or crazy creations, you’re going to love this virtual Tim Burton brilliantly hosted by the Neon Museum during this time of hardship.

Just days ago on April 10, the museum decided to host a live tour on their official Facebook page for anyone interested, regardless of whether you were planning to attend the exhibit before the lockdown or you’re just interested in Tim Burton’s work, this opportunity is not to be missed.

Since places like museums are shutting down due to the pandemic currently affecting the world, the next best thing is to sit back from the safety of your own home and watch in awe as you’re taken on an adventure throughout the life of the horror filmmaker.

If like us and thousands of others who attended the live tour, you’re running out of fun activities to do, this one should definitely be added to the self-isolation bucket list.

Even if you’re going in solo or treating this as a family event, the 30-minute tour is suitable for all ages and welcomes you in before venturing into the weird and wonderful world of Tim Burton.

Watch the tour below and show some love to Neon Museum for sharing this fantastic opportunity with us all.

Tim Burton is a filmmaker great whose work throughout the years has earned him 2 Oscar nominations.

He is most known for Edward Scissorhands, Corpse Bride, and Frankenweenie where he served as producer, and Sweeney Todd: The Demon Barber of Fleet Street which he directed.

Other movies and television the American has worked on are The Nightmare Before Christmas, Alice Through the Looking Glass, and Beetlejuice the TV series, as well as much more.

Did you enjoy the Tim Burton tour? Let us know your feelings on it in the comments.