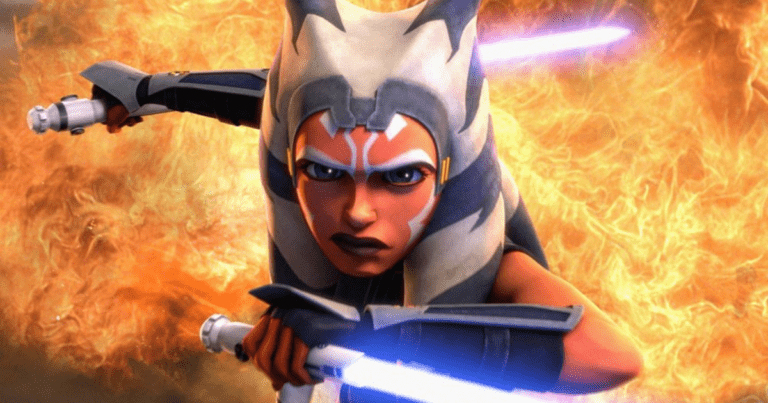 Since its late 2019 release, The Mandalorian has been a massive hit and has even managed to draw in watchers who are not usually fans of the Star Wars franchise.

The series follows a lone bounty hunter, played by Pedro Pascal (Game of Thrones, The Equalizer 2), who comes into contact with a young creature known in the show as ‘The Child’, while us fans have appropriately named it ‘Baby Yoda’.

Due to its impressive first season, The Mandalorian has been renewed for a second. You can find its release date HERE.

News has recently hit that everybody’s beloved Ahsoka Tano will join the live-action Star Wars series when it returns later this year, and none-other-than Rosario Dawson has been cast to fill the Jedi’s boots.

Rosario Dawson is known for her work in 2005s Rent, the TV crime-drama Briarpatch, and has recently cameoed in the 2019 comedy, Zombieland: Double Tap.

Aside from her acting career, Dawson has provided the voice for Batgirl in The Lego Batman Movie and Wonder Woman in Wonder Woman Bloodlines, The Death and Return of Superman, and the upcoming Justice League Dark: Apokolips War.

Ahsoka Tano debuted in the hit animated series, Star Wars: The Clone Wars, which began back in 2008 and has since managed to feature in a total of 70-episodes. She was voiced by Ashley Eckstein.

We first fell in love with the young Jedi when she was revealed as Anakin Skywalker’s padawan, but her growth throughout the show proved she was as fascinating as Anakin himself.

Re-joining the cast for The Mandalorian season 2 is, of course, the bounty hunter himself, and a confrontation between these two is exactly what we’re waiting for.