Freaked DISCOVER THE ART OF PUBLISHING
Home Featured The Last of Us: Our Ideal Cast For HBO’s New TV Series 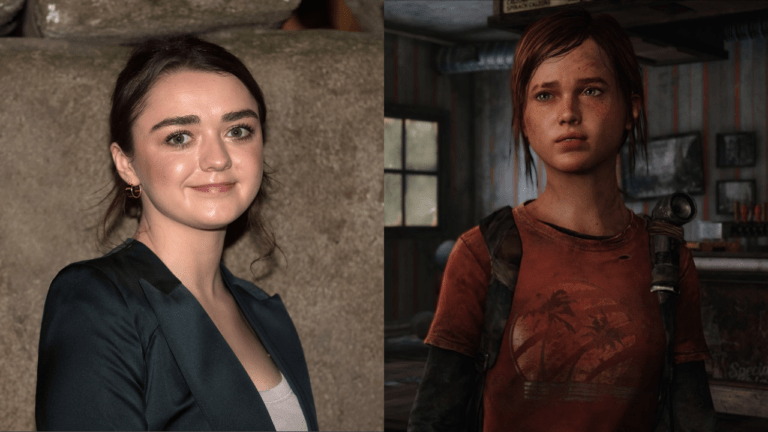 With the incredible news that HBO is picking up The Last of Us in attempts to adapt it onto the small screen, we have decided to put together a list of talented actors who could fill the boots of the video game characters we have grown to love… or loath.

We have made some great picks (if we do say so ourselves) and I’m sure regardless of your preference, you won’t be disappointed with the choices we have gone for.

If you have opted for someone else to play the role of one of these individuals, make sure to let us know in the comments!

Firstly, we have Hugh Jackman as one of the two main protagonists, Joel.

A survivor in a post-apocalyptic America overrun by CBI-infected beings. The rough father-like presence that Joel gives off would be quite easily portrayed by Hugh Jackman, and given his past characterizing strong-minded characters, we feel he would do an excellent job.

Who better to play the other main protagonist, Ellie, than the outstandingly gifted, Maisie Williams?

Ever since her display as Arya Stark on HBO’s Game of Thrones, Maisie Williams has gone from strength to strength and has more recently joined the Marvel cast where she features in their upcoming horror-type movie, The New Mutants. Williams would serve as a fantastic Ellie and was the top pick among solid candidates.

Yes, it may surprise you that we went with LOST’s Josh Holloway as Tommy oppose to the in-demand Game of Thrones actor, Nikolaj Coster-Waldau, who, of course, played Jaime Lannister on the show.

Despite Sawyer, arguably his most famous on-screen character, being an unfiltered, forthright playboy, he has a more laid-back and serious approach in his time spent playing Will Bowman on the USA Network’s Colony. We think this will aid his performance if he is to represent Tommy

If Marlene is to be included, we cannot think of anyone better to do her justice than The Walking Dead’s Sascha Williams.

Sonequa Martin-Green has been a pivotal character in the development of both The Walking Dead (as we stated she was in earlier) where she joined the cast from 2012-2018 and Star Trek: Discovery. Her credentials alone make her our number one pick for this role.

I mean, aside from Russell Crowe being a great actor, how can you deny him the role of someone he resembles so massively.

From the nose shape, the beard (although it may be a bit greyer than Bill’s), the hair and even the lines in their forehead, the resemblance is uncanny. Of course, that isn’t all. Crowe is an outstanding actor and the New Zealand-native has been in film and TV dating back to 1972.

The amazingly versatile Donald Glover was a no brainer to take the role of Henry, and while Harold Perrineau, the actor behind LOST’s Michael Dawson, would be a good addition to the show, his age was a major factor behind our decision.

Whether it’s in his music or his acting, Glover manages to adapt ridiculously well, so playing a 25-year-old man who is forced to become a father-figure to his 13-year-old little brother shouldn’t be too much of a problem.

Speaking of the little brother, we feel Asante Blackk, the ‘When They See Us’ actor who brilliantly portrayed one of the five teenagers from Harlem, would add much-needed character to Sam.

Blackk plays emotionless well, and while Sam tends to be childish and enjoys playing with his toy robot, he has a much darker outlook on life and death than some of The Last of Us’ other characters.

We didn’t have to look far for the actress who should eventually portray Tess in HBO’s TV series.

Annie Wersching served as the voice and motion-capture for her video game counterpart. Having already established the personality, voice, and manner of Tess, there’s no one better to do the job than the American-born actress.

Who better to play a villainous-creep than William Fichtner? (No offense).

His portrayal of sneaky, evil, and somewhat disgusting characters will be perfect for his role as David. The cannibal was unnerving in the video game as he had referred to Ellie as “special” and had disturbing plans set for her.

Lastly, we have the Escape Room actress, Taylor Russell, taking up Riley.

Despite her age, Taylor Russell will have no problem being portrayed as a teenager solely down to her babyface. She did a good enough job as Zoey Davis in Escape Room and Judy Robinson in Lost in Space to earn herself a big HBO feature. We feel she would do Riley justice if she was to be included in the television adaptation.

There you have it, what do you guys think of this list? Regardless of your opinions, let us know your thoughts in the comments on who should be added to The Last of Us when it airs on HBO in the near future.