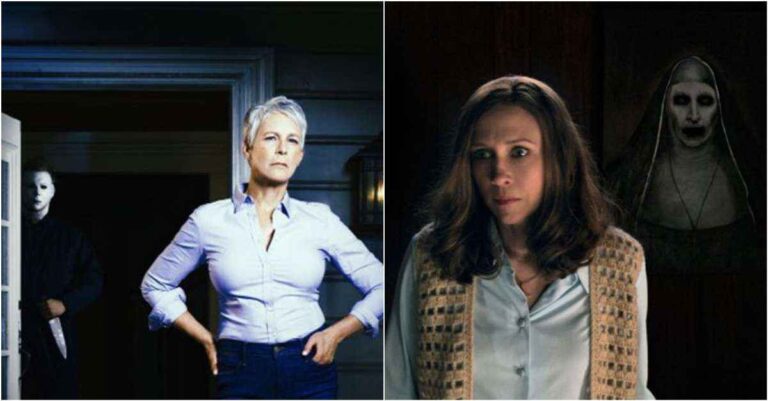 Horror movies are much awaited by its fans, and since the year 2018 has entered, the curious fans have become even more curious. After watching Get Out, and IT, the fans seem to be more eager for horror based stuff. the Here is some real terror flicking picks for you to make a choice or maybe pick the whole bunch:

‘The Winchester Mystery House’ is the best option out there for making a fine horror movie. Its terrifying history has been making a perfect choice for one.  Helen Mirren is playing Sarah Winchester who built this haunted house to please her husband’s restless soul.

This is a Netflix product and a perfect game of horror. The crowds loved its trailer in the Toronto Film Festival, and everyone is awaiting the full version.

With the resources from Jeff VanderMeer’s Southern Reach Trilogy, the audience is expecting a big horror game featuring Tessa Thompson, Oscar Isaac, Gina Rodriguez, Natalie Portman, and more. Annihilation is going to be as horrifying as the novel itself.

Spiced with more gothic spook and creepy sensations, ‘The lodger is for all of you who love some extensive spice in horror.  Watch Rachel and Edward, the twins, shut in their Irish home after a terrifying mass death.  Rachel tries to leave in eventually, but Edward doesn’t let her……”

2008’s The Strangers created an extraordinary surprise for horror movie fans. This sequel is family that got stranded in a park and met three veiled strangers there who tortured them. Starred by Martin Henderson and Christina Hendricks, the movie is going to fall in the right criteria of horror fans because of it creepy sensations.

Everyone is excited about it only because it is fully obscured from the public and the curiosity of knowing even one starring actor is keeping us all hooked! The most interesting thing about it is that it was totally shot on an iPhone.

A comic actor can also create an extremely terrifying movie; remember “Got it?” That is the reason why we are waiting for ‘A Quiet Place’ directed by John Krasinski. A family is waiting in utmost terror for something that is coming to get them. Spooky, right? Stars are Millicent Simmonds from Wonderstruck and Krasinski’s own wife Emily Blunt.

You can expect it to see the third installment in the series of Cloverfield.  We all are excited for its release especially after it was delayed a few times.  Time is ticking by and we are anxious to see Chris O’Dowd, David Oyelowo and Gugu Mbatha-Raw, starring in it.

You may mistake it with just a teen horror edition but Truth or Dare there is much more in it than only common horror. The movie has Tyler Posey and Lucy Hale starring as friends who get stuck into a round of truth or dare and the game won’t end until their lives end.

The story is of four girls at a boarding school in Massachusetts who continually summon Slenderman in an effort to disprove him. The film has collected reminiscent creepiness which has made Slender Man spooky to us all!

The chilling personality from The Conjuring 2 is coming again to the screen in ‘The Nun.’ To spice the horror more, Crooked Man is also appearing in the new awaited film. After the huge success of Annabelle: Creation, the fans are more than anxious for ‘The Nun.’

Shark-movie fans, come on! Your loved horror movie is coming soon. ‘The meg’ is all about an extinct breed of shark. Based on the novel Meg: A Novel of Deep Terror, it has all what you can expect from the topic. Jason Statham stars as the main character.

This is Sarah Walter’s novel again after the great success of The Little Stranger. The movie is the story of a family who hires a doctor to treat them. Some scary ghosts are roaming around in the house and they have little funds.

It is again another Halloween after 1978’s Halloween. All fans are excited to find again the same sensation. Starring in it Laurie Strode, Michael Myers; and Nick Castle and Jamie Lee Curtis are playing roles like the previous film. Stay pinned for thrill!

Another shark horror movie! After Deep Blue Sea, and Jaws, this is another successful edition for the fans. The specific date is not yet announced but we hope it will be around sometime in October or November.

Another long-awaited sequel like Cloverfield 3 and God Particle, Susperia is also facing the same pushing back of dates but it is going to be a great movie after all. It was supposed to release in 2017 but no issues, it is coming on big screen at sometime in 2018

The Return of the Killer Klowns from Outer Space (Date Unconfirmed)

Release information not available but Killer Klowns from Outer Space will be here soon. An epic horror classic with ultimate terror!

After baffling the audience and terrifying them all in The Witch  in 2015, Robert Eggers is bringing Nosferatu but we do not have little info of the story. Just only that is a remake of a 1922 classic Nosferatu. We are waiting for a horror movie cross-fingered sometime in 2018.

Horror in itself has a huge attraction and these movies are going to take a few steps ahead in the production and display. So, keep waiting for some interesting and new terror-based stories that can take away your nights’ sleep.